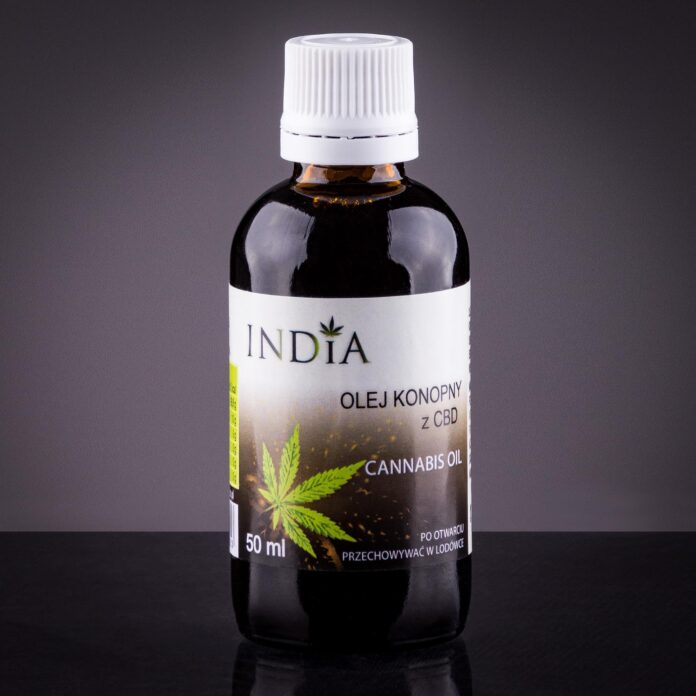 In December 2018, Vinesh Chandrakant was surprised when his mixed martial arts coach asked him if he could procure some CBD oil. The young entrepreneur had only heard of CBD—a common acronym for cannabidiol, anon-intoxicatingchemical compound found in cannabis—once earlier, during a trip to Europe. He knew it existed, but that was about the limit of his knowledge. But if his coach wanted some CBD oil, he would find some. Chandrakant quickly found an international vendor who would deliver to his address in India. Pretty soon, he was being bombarded by requests from fellow athletes who wanted to get their hands on some CBD oil, which he would get drop-shipped to India.

“I started ordering it for them as well and at one point I realized this was a serious business opportunity,” says Chandrakant, the founder and director of CBD Store India, one of the country’s first licensed importers and distributors of CBD products. “Today I have got about 5,000 regular customers and we make over ₹1 lakh in daily sales from our website.”

Thanks to his coach, Chandrakant had stumbled into one of the world’s newest and fastest growing industries at just the right time. Over the last few years, CBD has gone from being a fringe stoner remedy to a mainstream panacea, with proponents claiming that it’s effective in treating everything from chronic pain and anxiety to epilepsy and schizophrenia. In 2018, the US food and drug administration approved the first CBD drug for epilepsy, prompting an even greater rush to bring various CBD products to market. Today, it’s an industry worth $9.3 billion (around ₹797 crore), according to a report from market research firm Grand View Research, with CBD products ranging from oils and tinctures to edibles, beauty products, bath bombs and consumer beverages.

In India, too, a small but growing number of people swear by CBD’s therapeutic potential. When Chandrakant started CBD Store India, his main clientele consisted of fellow athletes, who used it for pain management and post-injury recovery. But as word spread, he started getting queries from far and wide. “I was shocked when people started calling me up for CBD for cases like arthritis, epilepsy and things like that,” says Chandrakant, adding that one requires a prescription from a registered medical practitioner in order to buy their products. “One of our biggest client bases today is parents whose children have autism or epilepsy.”

The Indian CBD industry is still tiny, which is understandable since cannabis—the plant, not cannabidiol— continues to be illegal under the Narcotic Drugs and Psychotropic Substances Act, 1985. The law bans cannabis production, though state governments can grant a licence to cultivate it for industrial or research purposes. It was only last year that CBD products made from hemp—a variety of the cannabis plant that has less than 0.3% THC, or Tetrahydrocannabinol, the main psychoactive compound in cannabis—became legal to sell and consume. Domestic production for commercial use is still largely in the pilot project phase.

However, the industry does have one major advantage that could help it grow at an exponential rate—the Ayurveda connection. The cannabis plant is an ingredient in over 104 traditional medicine formulations, a fact that has allowed cannabis entrepreneurs to find a path to the market.

“In Ayurveda, we know cannabis as vijaya and we use it in several medicines as an ingredient,” says Piyush Juneja, an Ayurvedic doctor with a practice in Ghaziabad, Uttar Pradesh, who is also on CBD Store India’s panel of medical experts. “Over the last six months, we dealt with at least four-five patients daily as far as CBD products are concerned. We have a nice exhaustive database available with us and we can see that the majority of them are getting tremendous healing and results.”

With Ayush (Ayurveda, Yoga and Naturopathy, Unani, Siddha and Homoeopathy) practitioners and academics publicly pushing for the legalization of medical cannabis last year, Chandrakant finds himself operating in an increasingly crowded space.

In February, Odisha-based cannabis startup HempCann Solutions opened the first retail cannabis clinic in Bengaluru, where it sells its licensed Ayurvedic drugs, cannabis-based formulations. Patients can get a medical consultation at the clinic and buy the products with a prescription. In February, Delhi startup HempStreet received $1 million in a funding round on the back of its soon-to-be-launched line of Ayurvedic cannabis products. And then there’s Bombay Hemp Company (Boheco), started in 2013 by seven graduates from the HR College of Commerce and Economics, Mumbai.

Since its inception, Boheco has been at the forefront of efforts to get India to liberalize its cannabis policy to take advantage of a fast-growing global hemp industry. The company—which has former Tata Sons chairman Ratan Tata and Google India managing director Rajan Anandan as investors—has spent the past seven years working with governments and Central regulators to create policies that allow for the commercial cultivation and exploitation of hemp. Starting with hemp fibres and textiles, it has invested heavily in research on the standardization of hemp seeds and cultivation, its use in food, as well as its medicinal applications. The company currently sells three Ayurveda-based CBD products—two over-the-counter oils and a THC and CBD oil formulation for chronic pain that requires a prescription—and is collaborating with the Institute of Integrated Medicine in Jammu on research into cannabis-based medicines for cancer, epilepsy and sickle cell anaemia.

“We are still at a very early stage of consumer outreach but even from a market horizon point of view for such products within this space, we estimate the (CBD wellness) industry to conservatively be worth about $120-150 million,” says Boheco co-founder Jahan Peston Jamas. “And that’s just an estimate based on very specific narrow indication areas based within the cannabis-Ayurveda field, and based on specific user targets. This doesn’t factor in all the potential consumer groups.”

Cannabis entrepreneurs will have to jump significant hurdles to get anywhere close to that figure, including the regulatory and legal roadblocks and the stigma of the plant’s association with drug use. But with the government making the right noises—in part thanks to Boheco’s relentless advocacy—they are confident they can grow the industry into a major source of employment and revenue while also providing safer alternatives to painkillers and other chemical medicines. Counter-intuitively, their biggest worry is not too much regulation, but too little. Both Chandrakant and Jamas worry about the damage unregulated operators could do to the fledgling industry and its reputation.

“The problem is that within the cannabis community, there are a lot of people making claims that CBD can cure anything, without evidence,” says Chandrakant. “That leads to a lot of scepticism in the medical community. I also think the government should be really strict so that we can ensure the quality of our products.”

And before you run off to take a shot of CBD oil and “self-medicate”, Dr Juneja offers a word of caution. “If you are taking a concentrated form of CBD, or full-spectrum formulations that use CBD and THC, it’s important that you take them under proper medical guidance and supervision,” he says. “Especially if you drink or are on allopathic medicines. While the side effects are minimal, they do exist and they can harm you if taken without medical guidance.”