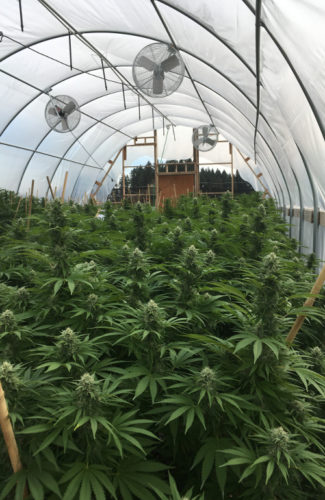 Marijuana. Say the word, and you’re bound to warrant a reaction. That could be a conspicuous look from a passer-by or a sneaky smile from a stoner in the vicinity. Say “hemp”, though, and you’re lucky if you get any reaction at all. Funnily enough, they’re both terms largely referring to the same plant, cannabis, one that has been used by humanity for well over 5,000 years. What then is the difference, and why has one achieved reverent status while the other continues to languish in the shadows of its notorious sibling?

Cannabis has been around for millennia, with significant mentions in ancient scriptures as well as Ayurveda. Up until the early 20th century, cannabis was widely grown and harvested for its incredibly useful fibre called hemp. Here’s the main difference between marijuana and hemp: marijuana refers to the bud/flower of a female cannabis sativa/indica plant high in psychoactive tetrahydrocannabinol (THC) levels, which is dried and consumed for recreational purposes, or a “high”. Hemp, however, refers to low-THC cannabis sativa plants, male or female, which possess no psychotropic properties but can be used to make a massive array of products, from clothing and fuel to healthcare and biodegradable plastics. Studies have even observed its ability to remove toxic metals and radiation from contaminated soil in the areas surrounding Chernobyl.

USA was one of the world’s leading producers of hemp up until the 1930s, going so far as to tout it the world’s first billion-dollar cash crop back in 1938. As I dug deeper, I realised that a lot of the reasons for the prohibition of cannabis and hemp had to do with racism, and lobbying by the then emerging alcohol, pharmaceutical, oil and tobacco companies, but that’s a separate rabbit hole… let’s get to the important stuff: What can hemp do for us today in India?

There are a fair few companies in the country today working towards a more hemp-driven future; a lot of them are apparel or bodycare stores, like Satliva (Bengaluru), B.E Hemp India (Bengaluru), Foxxy (Mumbai) or Hemis (Hyderabad). Then there are others like Vedi Herbals (Bhubaneswar) trying to help India retrace its steps and find Ayurvedic uses for hemp. I had a chat with some people trying to bring hemp to the forefront of the Indian economy, and asked them what exactly the potential of this plant in India is, and what it can do for our environment and economy.

A lot of insights emerged… take hempcrete (hemp concrete), for instance. “While it cannot yet compete with concrete in any functional manner, it can definitely make sense in terms of sustainability,” says Tarun Jami, who runs GreenJams Infra (Visakhapatnam). “It renders the building very energy efficient, thermally insulating and high on thermal comfort. Therefore, the building operating costs become very low.” Jami’s company is now trying to bring hempcrete to the main stage of Indian infrastructure. “The extent of hemp’s ability is basically amplified by the minimal care, water, fertilizers and pesticides required. In that department there aren’t many plants which can compete with hemp; that is how the entire hemp ecosystem suddenly seems to make a lot more sense.”

Legally, one can obtain a license to grow hemp containing THC no more than 0.3 percent, but only in the state of Uttarakhand. A few states in India like Rajasthan and Orissa still have government licensed bhang shops. Out here, one can apply for a collector license to harvest naturally growing crops which can then be sold only at these government regulated shops. A research license, however, can be applied for and acquired anywhere in the country. The punishment for wrongful hemp growth can be as simple as burning/destroying of crops, or something more severe depending on whether the authorities decide to classify the incident under the Narcotic Drugs and Psychotropic Substances (NDPS) Act. Hemp is currently legal only in Uttarakhand, and two separate petitions have been filed for the removal of cannabis as a substance listed in the NDPS Act.

We currently pulp our paper from timber trees, which take years to grow. Paper itself has a relatively short shelf life, resulting in the need for constant felling. An acre of hemp can produce the same paper as nearly four acres of trees, and that too in a fraction of the time, because hemp grows to full yield in about four to six months. Additionally, hemp paper is stronger, more durable, and doesn’t yellow with age. Canvas sheets have always had some amount of hemp in them. The potential market for India, should it begin to facilitate the production of hemp paper, is huge.

BOHECO (Bombay Hemp Company) is another organisation trying to make hemp a mainstay in the Indian economy, through R&D and production of a wide array of products. Currently based out of Mumbai and working with local farmers, artisans and their own research department, BOHECO has managed to create a clothing line, food and nutrition products, bodycare products, and are currently even developing hemp-based graphene. “The biggest challenge is education and awareness, more than bureaucracy. The government is actually being very helpful in the matter, and working closely with us to increase farmer and economic revenue” says Jahan Peston Jamas, co-founder and director of strategy and collaborations at BOHECO. The Uttarakhand and UP state governments have already allowed industrial hemp cultivation, and more states will follow. India produces a lot of cotton, which is a very water intensive crop, and most of which today is GMO. “The idea is not to completely replace cotton farming, but instead make farmers aware of the ease of growing hemp and the many benefits it has. Every part of the crop is usable; the leaves, stock, seeds and even roots. Farmers can continue to grow cotton, and start by growing hemp once their yearly cotton harvest is done.”

The numbers are absolutely incredible: China is currently the world’s largest producer of hemp, using it primarily for their own needs, and even experimenting with Kevlar. Australia is the world’s leading supplier of hemp seed products, and many countries in the EU are also extensively growing hemp. “Barring a couple of states which produce more indica than sativa strains, nearly every state in India has massive hemp cultivation ability. It’s not outlandish to say that at full potential, this crop could bring in 1 trillion USD of annual revenue for the country” adds Jamas. The western world is on a CBD oil high, and if you’re wondering whether 0.3 percent THC hemp crops can make CBD, the answer is yes. CBD oils are completely THC free, and with the amount of scope this country possesses for its cultivation, it’s not outlandish to assume that we could be the leading suppliers of CBD products to the world. Currently, all the hemp companies in the country rake in a combined estimated gross income of Rs 2-3 crore annually, with almost none of them being totally profitable yet, because of the limitations within which they’re operating.

For a country that has been struggling with a water crisis, and farmer suicides owing to poor yields, hemp could be an absolute revolution. Especially because India’s climate is so conducive to the growth of hemp, we could well be the global leaders of this trillion-dollar cash crop. Tarun Jami from GreenJams Infra says, “The biggest advantage with hemp is its sturdiness and the ‘never say never’ attitude. Each year, despite the estate managements’ valiant efforts at removing hemp ‘infestation’ in my neighbourhood, the plant comes back with an even bigger bang and a wider footprint. It is so resilient, it grows back right from the dead, and it literally poses no harm to its surroundings or the soil.”

Sounds almost a little too good to be true, but chances are, it isn’t. This really can be the miracle crop that could revolutionise our agriculture, our economy, and even our environment.