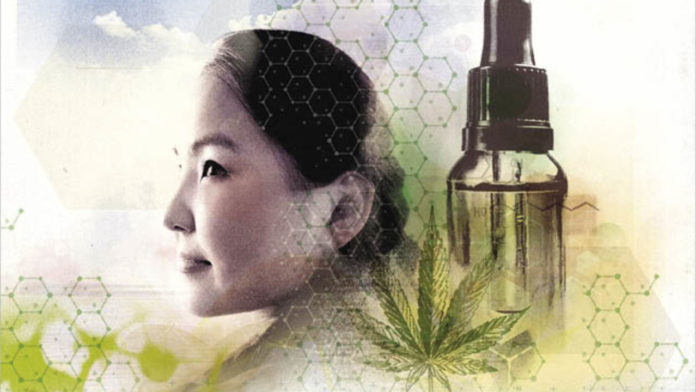 One regular person’s surprising story of the cure for pain

Like most people, I assumed medical marijuana was less of a cure and more of a painkiller for people with debilitating diseases. It wasn’t until I stumbled on the research for hemp’s cannabinoid, CBD, that my scientific mind opened to the restorative and healing powers of cannabis.

The chickenpox started the journey (not the cancer)

My 72-year-old mother has been living with stage 3 lung cancer for two years. She had immediately undergone lung resection surgery but refused chemotherapy and radiation because she had worked in geriatrics as a registered nurse for 46 years. In fact, two months after retiring—a milestone she had been relishing with anticipation for years—she learned about the spot on her lung.

From experience (and subsequent research), she knew that the result of traditional American Medical Association treatment was grotesque side effects and an unimproved prognosis. Mom doubled-down on diet, herbs, detoxifying, exercise, and a sunny mental outlook. With a naturopath leading her medical care, she was feeling well, and cancer was in a holding pattern. But this isn’t a story about cancer, anyway.

Possibly because Mom’s immune system was taxed or maybe for no reason at all, she came down with a reactivation of the chickenpox virus commonly known as “shingles.” She didn’t know what had hit her but described unyielding back pain. Ultimately after 7 days of almost no sleep and excruciating pain, a diagnosis was found and prescriptions were executed.

Pain is the most common symptom of shingles, an infection of the nerve related to an area of skin. In Mom’s case, the rare complication of postherpetic neuralgia ensued, which perpetuates pain—deep nerve pain that can continue possibly for years. The prescribed pills left her misery wholly unrelieved. Daily, we inquired on her progress, “How do you feel?” She replied either, “deep pain” or “excruciating pain” and said little else.

As I watched the pain engulf her nights and days, her sunny disposition waning, I embarked on a research quest to alleviate the pain of shingles.

A quick discovery in CBD

Doing medical research and internet searches, plus talking to colleagues and friends, I quickly learned about CBD, a cannabinoid found in hemp. Having been erroneously categorized as a Schedule 1 controlled substance, hemp recently became legal to grow, import, and dispense in all 50 states. Cannabinoids help regulate the human endocannabinoid system, including sleep, pain, and mood functions.

As I researched, I was astounded to find that hemp (outlawed from the 1930s through 2014 along with marijuana’s psychoactive THC) was a common contributor in the history of mankind. Before the cotton gin, our clothes were made from hemp. Most paper pre-1930 was derived from hemp, not trees. A predicted billion-dollar industry in 1910, hemp had disappeared with prohibition, and the medicinal value in cannabis was lost, too. CBD, which is in high concentration in hemp, has documented pain-relieving effects without the toxicity of pain medication.

Thanks to an acquaintance

A friend of mine had an acquaintance with a CBD wholesaler in California who had tremendous industry experience. I sent him a short text, and he returned my call immediately. “What’s your Mom’s situation?” He told me exactly what to do, what to find, and how to make sure I was buying the legitimate product. He said that CBD in a water suspension would be the most bio-available and render the best and most predictable results. I still doubted it. But since there are no known side effects, it certainly couldn’t hurt. He said he would sell it to me himself as a wholesaler because he didn’t have a retail formulation for me.

I tried to follow the instructions, but finding CBD that is trustworthy is difficult in an unregulated internet environment. In the end, I did the best research I could and went back to the wholesaler with my internet finds. Is this the right product? Do you trust these guys? He didn’t. So he spent the time to find the right outlet for me to obtain the product. As the order was on its way, I wished that I could try the product on myself as a guinea pig.

Be careful what you wish for

The night before the CBD was to arrive, I badly burned my mouth on a brussels sprout that was cold on the outside, but apparently lava hot on the inside. When the package did arrive, the pain in my mouth was still sharp to the touch, providing me the opportunity to test the product.

What happened when I took the CBD

I opened the package and put two drops of the suspension liquid under my tongue as instructed. Within minutes, I was unable to produce the sharp pain by touching my tongue to the affected area. Oddly, the CBD did not dull the pain so much as just “remove the painful experience.” It’s hard to describe. Unlike pain killers, CBD doesn’t mask the pain—you retain the sensation of pain, but it doesn’t connect or register as pain exactly. I didn’t feel tired, foggy, or high. I did feel relaxed, but still perfectly able to concentrate. Perhaps everyone’s experience is different. I drove directly to my sleepless mother.

What happened when my Mom took CBD

My Mom is a bit of a contrarian. If you tell her that something works, she raises an eyebrow. She doesn’t believe in miracle cures. I asked her about her specific pains at that moment, and as she enumerated them, I administered the two drops. Ten minutes later I asked her about those pains. She couldn’t find them at the moment [Voila!] . . . but predicted that the nightly foot pain she gets from the neuralgia would keep her from sleeping.

When I left her, we agreed to two more drops at bedtime. I called her the next morning to find that she had slept through the night for the first time in a month. She continued taking the CBD as needed and stopped the prescription pain relievers. Mom is her old self.

What happened when I gave CBD to my kids

Shortly after I discovered this ancient plant pain cure, my 13-year-old daughter was fitted with Invisalign. The first few days of pressure on the teeth is achy. The orthodontist said I might need to dispatch a couple of Tylenol now and then. When Sophia complained, I gave her two drops of CBD and the nagging mouth pain was alleviated.

What happened when I gave CBD to my husband

My husband doesn’t like to take any medication whatsoever—he had his wisdom teeth pulled and refused pain relievers. When he complained of neck pain, I suggested CBD. He was absolutely wary of some unknown cannabis compound, but he trusts my research. His biggest concern was that he might further injure his neck if the pain wasn’t there to warn him not to turn his head to the right. I shared my story about the ability to still recognize pain while not fully feeling “pain.”

He acquiesced and took two drops under the tongue. Within 15 minutes, I asked about his neck; he seemed to have forgotten about it. He moved his eyes left and right, moved his head first left and then right. He said, “Yeah. I can still feel everything, but it just doesn’t hurt. That. Is. Weird.”

Plant-based medicine isn’t weird. It’s perfectly natural. Hypovitaminosis diseases (conditions caused by depletion of a vitamin or mineral) are a perfect example. Scurvy is cured with vitamin C. Even when scurvy’s cause was unknown, people knew that eating fresh food would reverse the symptoms. Rickets is cured by ingesting vitamin D, which allows calcium to once again deposit in the bones. In the case of beriberi, caused by thiamine depletion, an epidemic ensued when Asian rice-eating populations shifted from eating the brown rice staple to eating polished white rice. First, researchers thought this debilitating disease was caused by a bacterial infection, then they claimed white rice to be poisonous. Even though they hadn’t pinpointed the thiamine deficiency as the culprit, their discovery that white rice was the source of the beriberi problem won them the 1929 Nobel prize in medicine.

Millions of people suffer from chronic pain and are searching for answers. It’s like “standing in a river and dying of thirst.” Yet most people I know have never heard of CBD, don’t trust “herbal medicine,” and believe that medical marijuana is a sorry attempt at pain relief. I feel very fortunate to have found an incredible solution that’s been right under our noses the whole time.

CBD Dosage – Can the CBD ingestion method affect your dosage? What is the optimum dosage for you? And how do you take CBD...