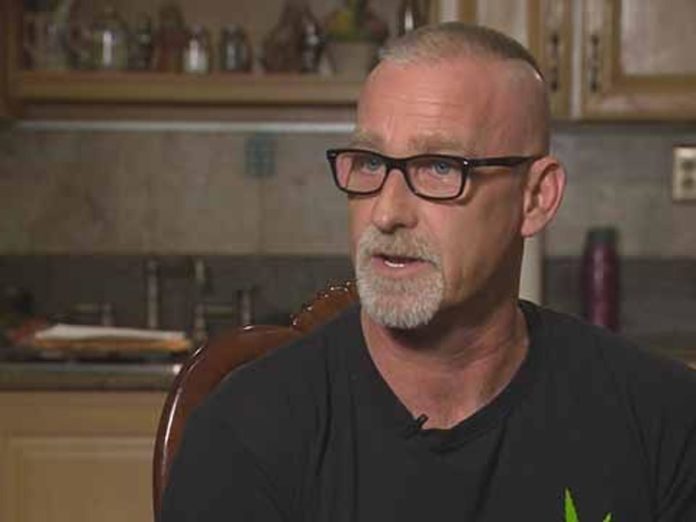 It seems that the miracle stories coming from using cannabis just keep coming, and this story is no exception. This Granite City man swears that cannabis oil was the cure for cancer that his doctors had labelled as “incurable”.

He gives credit for his cure to chemotherapy as well, because he used that treatment, too. So Darren Miller is a perfect example and a role model for those who are looking for alternative treatments, especially for cancer.

On Miller’s 50th birthday, he was diagnosed with what the doctors told him was an “incurable” cancer. And as far as his doctors were concerned, he was going to die from it. He began treatment with chemotherapy, and, after suffering extremely uncomfortable side effects, began looking for a treatment beyond chemotherapy. Miller said that he suffered from bloody hands and feet as well as a dry mouth as a result of using chemotherapy. 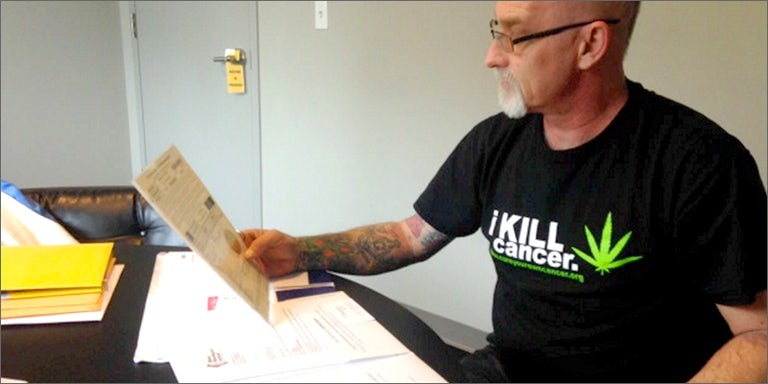 After doing some research and realizing that cannabis oil was being used to treat many other cancer patients, Miller and his wife moved to California so that they could receive medical cannabis assistance. Not long after using cannabis oil, Miller learned how to produce his own and continued treating his cancer with cannabis oil. Seven months later, he is walking around town with medical documents that prove that he has in fact cured his cancer. It’s not remission, it is in fact completely gone. He cured the incurable cancer that his doctors told him he was going to die from.

“Glad to be here, glad to be anywhere with the diagnosis I had,” Miller said in an interview he did, expressing his gratitude for simply being alive.

Miller is more than just walking around talking about cannabis. He is walking around with medical records to prove what he has been saying and wants to now be the voice of alternative treatments for cancer. Although he gives credit to chemotherapy as well, because he used both treatments, he gives most of his credit to his use of cannabis oil.

Since receiving the good news, Miller began a “compassionate cannabis” program, to encourage others who are in the same situation as him to try alternative methods, such as cannabis oil. Miller is not just another claim of the healing power of cannabis but is a walking example. He was served a death sentence, and seven months later had cured his own cancer by making his own cannabis oil.

“What we’re doing is we’re just making small amounts to keep it around and educating others on how to do this,” he said. “Because if you have access to any kind of cannabis, I can give you links on my site to show you how to do this in your own kitchen and save your life.”

Do you know someone like Darren who has used cannabis with such great results? Let us know in the comments section below or on social media!Cannabis For You, Near YouJoin the Herb community and get exclusive offers, early access to products, and good vibes.January 29, 2016 — Last Updated December 05, 2019Written by Sera Jane Ghaly

CBD can be quite effective to treat anxiety