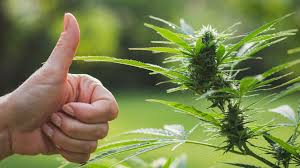 Although cannabis has been hailed as a sacred plant in the ancient Indian texts, the law classifies it as illegal. However, despite the tag of illegality, cannabis continues to be produced, sold and consumed. The government may be better off regulating it.

One of the things wildly abundant in India’s Himalayan foothills, apart from chilling winters and wandering hippie travellers, is their favourite companion, cannabis. Long a taboo and an illegal product, cannabis, however, has historically found its way to the buyers, meandering through numerous administrative hurdles.

A study conducted by ABCD, a German data firm and Seedo, a company offering hydroponic growing devices ranked India’s capital, New Delhi, at the second spot in cities with the highest consumption of cannabis worldwide in 2018. India’s financial capital, Mumbai, also turned out to be a cannabis habitué and was ranked at the sixth position among 120 cities.

Cannabis as an integral part of Indian custom

India’s high consumption of cannabis cannot be isolated from India’s long history with cannabis use that dates as early as 2000 BC, long before the popular culture could spread its wings and be held responsible.

The fourth Veda in Hinduism called the Atharva Veda describes cannabis as ‘one of the five most sacred plants’. The Hindu god Shiva is believed to have found solace in cannabis when he consumed the plant’s leaves. Shiva is often portrayed with a chillum (traditional Indian pipe made of clay) and his devout devotees, the naga sadhus among other groups are often pictured with the same, garnering limelight for being a standard feature image captured from India.

Bhanga or Bhang made up of leaves of the cannabis plant is highly praised in numerous Indian religious texts. Under the 1961 international treaty of Single Convention on Narcotic Drugs and the consecutive Narcotic Drugs and Psychotropic Substances Act of 1985 do not classify Bhang under the standard definition of cannabis due to its utmost social and religious value in the country.

Apart from the religious context, the Indian system of medicine, ayurveda, has also been known to deploy cannabis as an active ingredient in medicines. As many as 191 formulations and more than 15 dosage forms have included cannabis as a primal ingredient for treating problems ranging from digestion problems to blood pressure.

Multiple modern science research reports on cannabis show its healing properties for chronic pain, anxiety, seizures, glaucoma among other disorders and diseases. Many rare traditionally untreatable conditions as mentioned by the Harvard Medical School blog “ a particular form of childhood epilepsy called Dravet syndrome is almost impossible to control, but it responds dramatically to a CBD-dominant strain of marijuana called Charlotte’s Web.”

Dr Deepak Raheja, a leading psychiatrist and psychotherapist from Delhi was quoted by a newspaper as saying that, “cannabis is a psychotropic drug usually used to alter the mood and mind. It slows down the activity of the central nervous system. Marijuana can be used for medical purposes but there is a significant difference between medical use and dependence on the drug. Medically, cannabis use is recommended by doctors to treat various symptoms such as nausea /vomiting during chemotherapy, improving the appetite of HIV/AIDS patients and reducing chronic pain. Marijuana helps in altering mood and its functioning resembles that of a “stress buster.”

The legalisation of cannabis in India

Under the Narcotic Drugs and Psychotropic Substances (NDPS) Act of 1985, trade and consumption of both cannabis resin (charas) and the bud (ganja), are illegal and anyone found with them could face up to 20 years’ imprisonment. However the illegality of cannabis in India is almost theoretic in nature as according to the 2019 World Drug Report published by United Nations Office on Drugs and Crime (UNODC), more than 3pc of the Indian population aged 18 and older, and just under 1pc of adolescents aged 10-17, had used cannabis products in the year 2018.

Although some powers have been granted to the state governments to provide a license to cultivate cannabis for research and medicinal use but, so far, only a few regions of Uttar Pradesh and Uttarakhand have received hemp cultivation license.

The Indian cannabis market has gathered enormous attention recently, with various activists/NGOs filing court petitions demanding legalisation of cannabis in India. In November 2019, the Delhi High Court admitted a writ petition filed by the Great Legalisation Movement India Trust to decriminalise the use of cannabis. The public interest litigation argues that the grouping of cannabis with other chemical drugs under the NDPS Act is “arbitrary, unscientific and unreasonable.” Although originally planned to be heard in February 2020, the hearing has been pushed back to May 1, 2020.

The petitioners also say that the medicinal benefits of cannabis have been recognised worldwide and India offers an ideal climatic condition for the plant to proliferate widely. According to a report by Grand View Research Inc., the global legal marijuana market is predicted to reach USD $146.4 billion by the end of 2025. For a developing country like India, this could potentially boost the Indian economy in several ways.

Since cannabis is illegal, the drug peddlers make their own norms in the absence of any form of regulation. The chief psychoactive compound in cannabis that leads to the ‘euphoric’ sensation, is tetrahydrocannabinol (THC). Major studies in drug analysis show that THC is somehow connected to psychosis. Cannabidiol, a non-psychoactive compound (CBD) that balances the effect of THC is also naturally present in the cannabis plant which doesn’t produce the “high/euphoria” associated with THC.

The drug peddlers, in an effort to increase the THC for a greater ‘high’, lower the CBD compound which increases the risk of psychotic disorders. Sample testing showed that THC levels have risen from around 4pc in the 1990s to nearly 12pc in 2014, shifting the ratio of THC to CBD from 1:14 in 1995 to about 1:80 in 2014. Drug peddlers also practice unethical methods such as the addition of harmful chemicals while growing the plant or spraying the finished product with cheap destructive drugs like smack which in turn, hampers the overall natural benefits of the plant.

The widespread use of these dangerous strains of cannabis is a result of the government’s failure to regulate its production. A regulated market would empower the government to have control over the safety and potency of cannabis sold by its vendors and would ideally leave the masses and the plant, both relatively away from exploitation.