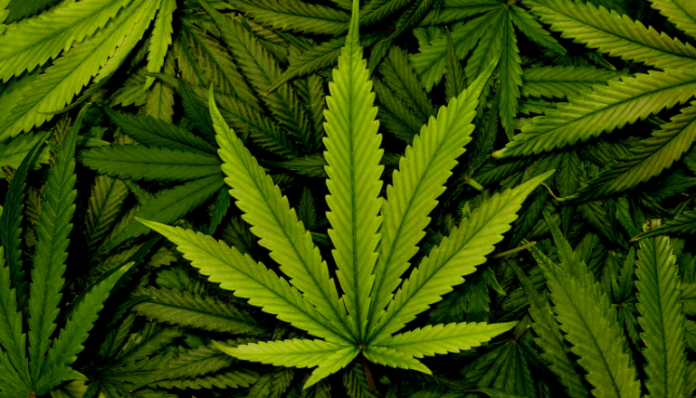 Marijuana or cannabis can be used to treat a multitude of diseases; more importantly, it is known to be effective in reducing pain. In countries or states where medical marijuana is legal, doctors can prescribe it to alleviate nerve pain or glaucoma, or at times to help with nausea caused due to chemotherapy for cancer patients as well as treatment of HIV patients.

Investment in cannabis/ marijuana is not new. Venture capitalist Peter Thiel’s Founders Fund invested in the cannabis industry in 2015. Pharmaceutical companies and governments have long been investing in medical cannabis and conducting scientific research into its medicinal properties. Wellness and health brand, Goop, owned by Oscar winning actor Gwyneth Paltrow, is actively investing in the cannabis industry and selling CBD Oil (a cannabis derivative with potential therapeutic/ medicinal uses).

Harvard economist Jeffrey Miron estimates the legal and illegal cannabis market to be currently worth USD 14 billion. The US Government estimates the cannabis industry to be worth USD 60 billion. In 2017, a Mumbai-based medical research startup, Bombay Hemp Company Pvt. Ltd. (BOHECO), which studies the medical use of cannabis, raised INR 6.25 crore (USD 1 million) from a group of investors led by Ratan Tata. Major investors in the cannabis industry fall into four categories: friends and family, investors who advocate legalising cannabis, private equity and hedge funds, and those looking to make a quick buck.

The global tide concerning legalisation of cannabis is slowly turning. Medicinal cannabis has been legalised in many countries across the world. Countries including Netherlands, Canada, Uruguay,[1] Colombia, Jamaica, and more than half the US states[2] in one form or another, have legalised recreational use of cannabis.

In India, under Section 8 of Narcotic Drugs and Psychotropic Substances Act, 1985 (“NDPS Act”), cultivation, production, manufacture, possession, sale, purchase, transport, warehouse, use, consumption, inter-state import and export, as well as import and export to and from India of cannabis, in all forms as well as its derivatives, is an offence. Despite the federal level cannabis ban in India, the state of Uttarakhand has legalised the cultivation of cannabis for industrial purposes.

Ambiguity in the legal position

Legalisation of cannabis in a few countries is perceived to be in contravention to the United Nations’ International Drug and Control Conventions. Therefore, cannabis-related activities remain illegal in majority of jurisdictions. It makes any cross-border investment in the cannabis industry in countries where cannabis is legal; a serious cross-jurisdictional issue for investors with legal consequences.

Any deployment of private equity in the cannabis industry requires a serious consideration of business, banking, legal, financial, taxation, securities, and regulatory issues in the relevant jurisdictions. In India, aside from the NDPS Act, the absence of a legislation governing cannabis-related activities leaves the question on the regulatory and taxation aspects unanswered. Under the NDPS Act, use of cannabis is only allowed for medical or scientific purposes in accordance with the provisions of the NDPS Act, provided that all requirements under the law are complied with.

Furthermore, the flow of funds to and from a cannabis-related business may also be in violation of the Anti-Money Laundering Laws. There is uncertainty as to whether an investment contract in connection to a cannabis business is legally enforceable. Lack of enforceability and legitimacy is a significant issue for investors. The criminal and civil issues give rise to personal liability and business risks for anyone engaging in the cannabis industry, hence making it necessary to structure contracts to minimise legal exposure.

Further, financing activities concerning cannabis is a criminal offence as per the provisions of the NDPS Act. Since there are no existing regulations or guidelines to assist prospective investors and banks; availing banking services for investment in the cannabis industry is a complicated affair, even where the investment is being made in a jurisdiction where cannabis has been legalised. Banks would have to assess risks relating to the cannabis business, and do their due diligence, monitor information about the business and the related parties, as well as develop reporting mechanisms for any suspicious activity/ contraventions.

Any attempt to circumvent legal provisions, such as forming management companies or holding companies, or a third party conducting business on behalf of an entity with a nexus to cannabis business is likely to give rise to criminal liability under the PML Act, as well as forfeiture of assets and may also expose the banking service provider to criminal and/or regulatory scrutiny.

In India, any investment made in the cannabis business, would be taxable. As tax planning is a major aspect of investment decisions, lack of incentives and exposure to criminal liability is a key deterrent. Further, there is considerable legal risk regarding distribution of the proceeds. In addition to incurring criminal liability for possible money laundering, investing proceeds from a cannabis business and acquiring any property/ assets from such proceeds is also an offence under the Indian law.

Cannabis companies, where cannabis has been legalised, are typically able to raise money from venture capital firms, or they can list their stock. Listing a stock enables fundraising from a larger pool of investors. At the same time, a publicly traded stock can be volatile, and even more so in an emerging sector like cannabis. Listing on a major exchange such as the NYSE and NASDAQ requires a company to comply with strict transparency and accountability rules. It also sends investors a sign that the company is serious about its business. There are less than a dozen publicly listed cannabis companies at present. Globally, given the tainted outlook on cannabis and related businesses, investment into the industry will come only from a select few companies/investors and high net worth individuals. Large investment institutions and funds are unlikely to invest in cannabis businesses until cannabis is legalized.

Pharmaceutical companies are known to conduct business legally, with all relevant licenses and government approvals in place. It is imperative that cannabis businesses and investment entities are professionally operated, compliant with business, regulatory and accounting standards, with a stringent focus on being legally compliant with the laws of the concerned jurisdiction. At present, investment in the medicinal cannabis/ scientific research sector may be a safer bet for investors, provided that such investment remains segregated from any returns from investment in the recreational cannabis business, where the cannabis company engages in the business of both, recreational and medicinal cannabis.

It is imperative that cannabis businesses adhere to stringent legal compliance and steer clear of any likely illegalities with respect to the cannabis business. In order to attain commercial parity with other industries and live up to its financial potential, the first step would be to pass a legislation to regulate the cannabis industry in India, along with investment, legalisation, and rescheduling/ reclassification of cannabis under the NDPS Act by the Government of India.

There have been developments with legislators in India advocating for legalisation of cannabis. In 2019, in a petition filed by Great Legalisation Movement India Trust seeking decriminalization of cannabis on grounds of the drug having several medicinal and scientific benefits, the High Court of Delhi  issued notice to the Government of India to provide its response to the challenges raised in the petition. Regardless of the outcome of the petition, the decriminalization of cannabis will require exhaustive and conscious understanding of the challenges as well as understanding of the effects and a comprehensive policy would be required to deal with any foreseeable issues that may arise for the investors, stakeholders or other partakers in the industry.

[1] Canada and Uruguay are the only countries to have fully legalized the consumption and sale of recreational cannabis at a federal level.

[2] In the United States, 33 states and the District of Columbia have legalized the medical use of cannabis, but at the federal level its use remains prohibited for any purpose.

FDA Regulation of Cannabis and Cannabis-Derived Products, Including Cannabidiol (CBD)