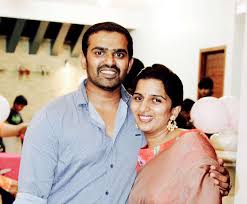 On a mission to explore the commercial and industrial potential of hemp as a multipurpose crop, NHempCo engages in cultivation, production, and trading of hemp and its products.

Bangalore based Namrata Hemp company has helped commence the marriage of Hemp and blockchain. The hemp plant based startup is using blockchain to bring transparency in data collection from hemp farmers in India.

Namrata Hemp company was founded by the husband wife duo of Harshvardhan Redi Sirupa and Namrata Redi Sirupa. They spent around 6 years with villagers in Himachal Pradesh and Uttrakhand to figure out the best Hemp seeds for production. They use the seeds to make soaps, oils, shampoo, face cream among other products.

The ecosystem model according to Sirupa uses smart farming, regenerative agriculture , drone mapping and app for the farmers. The industrial hemp seeds are provided to partnered farmers. “Every detail from seeds to product manufacturing will be updated on our servers, creating a fool proof data. The product, can be traced from the the survey number of land, nutrients used during cropping to the manufacturing details.”

Redi adds that their model effectively controls the leakage of raw materials, as every step is monitored including the farms. They are also installing high resolution CCTV’s and Drones for monitoring farms and factories. The access will be given to the government agencies, through a secured app.

The farmer app receives the information from the smart agriculture data points installed on farming land and is updated to their servers, wherein the data is processed to give the inputs to the farmers such as the addition of nutrients to soil, moisture level in the soil and more.

Interestingly, Redi says that Cannabis (Hemp ) is one of the most versatile plants and the Indian strains can survive even in the most harshest conditions with minimal water requirement. ” The Indian strains survived the harsh 42º C, whereas the other seeds are wasted. That was not what I expected during the research.” The most important thing is, it needs good water requirement for first 15-25 days and good nitrogen and is an ever evolving plant.

The last few years has seen many hemp based startups in India like the Bombay Hemp Company and Nirog Street. Much of the raw material used in Hemp based products is brought from countries like China and In India, only Uttarakhand has legal rights to cultivate hemp.

After the central government issued the first-ever licence to the Council of Scientific and Industrial Research (CSIR) to grow medicinal cannabis for research , there has been a lot of activity around its cultivation, and industries and entrepreneurs are trying to utilise hemp in the apparel and personal care products as well. Debunking the myth around the industrial cannabis and recreational cannabis, Harshaavardhan says, “Most of my consumers, initially, were sceptical about using the product as they thought they will have the psychoactive properties like its sin cousin marijuana or ganja.” Yet the cultivation of cannabis remains a subject of contention in India.

While both hemp and cannabis plants come from the same genus cannabis, and the same species – Cannabis Sativa, hemp contains only traces of THC (tetrahydrocannabinol, the chemical responsible for most of marijuana’s psychological effects). It is a high-growing plant, typically bred for industrial uses, such as in making oils and topical ointments, as well as textiles and construction. The hemp personal care products Currently, Uttarakhand is the only state in India that has allowed farmers to grow hemp. The state government has allowed hemp cultivation on the condition that the farmers must regulate its production, so that the THC content is between 0.3 percent and 1.5 percent. Officials at the Department of Agriculture, Government of India, say despite known differences between recreational and medical use of hemp, they need to be cautious.

“We need to tread carefully here, and even if there is a remote possibility of misuse, the government will not go ahead with it,” an official said. The hemp industry “More than 25,000 products can be made from hemp – including cosmetics, bio-fuel, food, textiles, construction and automobiles,” Harshaavardhan explains.

Hemp is also used to make paints, wood varnish, super capacitors, footwear, and biodegradable composites used in packaging. In the early 20th century, the US hemp industry was considered to be the first billion dollar industry. A century later, hemp penetrated India and moved beyond medicines, to textiles, bio-fuel, and food. In 2015, the sale of hemp products in the US alone had reached $573 million, and is expected to be $2.1 billion by 2020. Presently, China is the leading supplier of industrial hemp, followed by Canada, Romania, France, and Australia.

“The disadvantage in western countries is they get only one crop per year, as compared to India, where the weather is idle with perfect moisture levels, and with good sunshine for most of the year. We can achieve two to three crops per year comfortably,” says Harshaavardhan. “Andhra Pradesh and Telangana alone have enough resources to capture $30 billion in revenues by 2030,” he adds.

Presently, companies like Boheco, TerrAscend Corp, B.E. Hemp India, Hemp Cann and Hempster are exploring the multiple uses of hemp in India, and as a substitute for cotton, to manufacture paper products and fiberglass. Additionally, researchers are also exploring the use of cannabis as an alternative source for biofuel. Hemp seed oil Previously, Harshaavardhan had co-founded a ‘knowledge process’ company called as KnowPro Solutions Pvt Ltd, where he learnt the way medicines were made. Slowly, he was introduced to “hemp seed oil” in 2010.

“I started working with hemp seed oil, and saw its reaction when it was blended with other oils and butters. The hemp seed oil works uniquely and gives the best results with very few oils and butters. Satliva is born from there,” he recalls. The Bengaluru-based organisation launched hemp luxury personal care products under the brand Satliva. While other companies like Patanjali, The Body Shop, Forest Essentials, Kama Ayurveda, Sri Sri Ayurveda, Isha and Hyderabad-based Hempsters also use hemp in their personal beauty care products, NHempCo’s USP, the team says, is the products “are freshly made, and are chemical free, where cold pressed oils are used.” Satliva has over thousand registered users till date. Sign up for Newsletters Check out our popular newsletters and subscribe Few customers who are associated with NHempCo NHempCo manufactures Hemp personal care products for adults, and is presently preparing to launch a range of child-care products. However, the growth has been slow due to manufacturing hurdles, as its cultivation is limited to only one state. “It is not financially feasible to import the raw material from one place, and manufacture the product at another place.

The industry has not yet picked up due to the shortage of agriculture land, and expensive raw materials,” says Harshaavardhan. Agri connect In its endeavour to empower the agrarian community, the company shares about 10 percent of its revenue with the farmers who cultivate hemp. It also helps farmers to purchase raw materials at a reasonable price. The company also ensures the hemp cultivation does not exceed 30 percent of the agriculture land. Harshaavardhan says, when a farmer goes to buy seeds, often he or she also buys pesticides and insecticides, not being aware about its usage. At a flee market in Bengaluru. The organisation has collaborated with a Chennai-based company, which manufactures 100 percent natural plant-based pest and insect control, which is now distributed among all NHempCo farmers. Plans ahead

NHempCo is presently working on multiple proposals to state governments to legalise the cultivation of hemp, thereby allowing the manufacturing of its products in those states. They are collaborating with national and international companies to develop Hemp composites for automobiles, textiles, foods, cosmetics and constructions. The company hopes to expand to the US and engage in a B2B and a subscription-based revenue model.