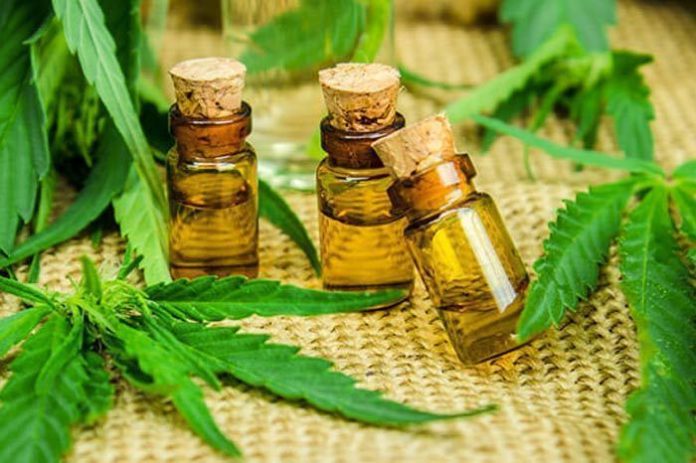 India’s relationship with cannabis dates back to c. 2000 BC when it was described by religious scholars in the ancient ‘Vedas’ texts as ‘one of the five sacred plants’. Despite the country’s long history of cannabis use, the plant is still illegal except for in government-authorised premises that produce and sell bhang (which can be either ground cannabis balls or a drink made by mixing cannabis in milk), or for research and medicinal purposes.

In this article, we summarise the different verticals of the cannabis industry, before discussing the regulation of cannabis in India, and whether it should be legalised.

Cannabis refers to a group of three plants with psychoactive properties, known as cannabis sativa, cannabis indica, and cannabis ruderalis. The plant contains more than 120 components known as cannabinoids. The most understood cannabinoids found in a cannabis plant are cannabidiol (CBD) and Tetrahydrocannabidiol (THC). THC is a controlled substance and has psychotropic ingredients in it which gives the user a ‘high’. CBD is non-intoxicating and has a number of lawful uses including for medicine, beauty products, furniture and fuel. Marijuana and hemp are both varieties of the cannabis plant, but are different in a number of ways. Most significantly, while marijuana can contain up to 30% THC, hemp contains much less (the threshold being set on a country-by-country basis).

The legal cannabis industry (comprising medical cannabis, recreational cannabis, pharma products incorporating specific cannabinoids, and the ‘wellness’ industry) is currently one of the fastest growing industries in the world. According to a report by Grand View Research Inc., the global legal marijuana market is predicted to reach USD $146.4 billion by the end of 2025. For India, with a history of cannabis use in traditional Indian medicine (notably pain management), a population of approximately 1.4 billion, and a growing middle-class, the potential market for cannabis products is huge.

Medicinal cannabis is one of the fastest emerging markets globally. The key focus for the medical cannabis industry is the research and development of new and existing products, technologies for cultivation, extraction and manufacturing, delivery mechanisms, genetic composition of cannabis and combinations of cannabinoids, and ultimately research and trials regarding the efficacy and safety of medical cannabis for treatment of particular conditions or illnesses. Clinical trials are the most common method used to assess the safety and efficacy of a new drug and regulatory bodies use their results to decide whether a new product can be launched in their jurisdiction. To date, the lack of global clinical trial evidence is one of the main barriers to widespread adoption of cannabis by prescribing clinicians. This is true in India. Although the Indian Institute of Integrative Medicine (IIIM) has been granted permission by the government to grow cannabis for medical purposes in collaboration with the Tata Memorial Hospital in Mumbai, regulatory approval is still being sought to proceed with the trials.

A number of promising Indian cannabis start-ups have arisen in recent years, some of whom are collaborating in order to grow in the domestic market. These start-ups are generally focusing on medicines, cosmetics, textiles, accessories and foods. One of the most promising is Boheco (the Bombay Hemp Company), which is backed by high-profile investors including Google India’s managing director Rajan Anandan, and Ratan Tata of Tata Sons. The company is agro-based and intends to reimagine the future of Indian agriculture and sustainable living with hemp. It is also a major supplier of raw material to fellow start-ups, Hempster and B.E. Hemp.

Cannabis is misunderstood legally and industrially in India. Under the Narcotic Drugs and Psychotropic Substances (NDPS) Act of 1985, trade and consumption of both cannabis resin (charas) and the bud (ganja), are illegal and anyone found with them could be imprisoned for up to 20 years. There is also a strict ban on both marijuana and hemp production in India. Although some powers are given to the state government to grant licenses to cultivate cannabis under certain circumstances (such as for research and medicinal use), relatively few research organisations have obtained them. In fact, only the Uttar Pradesh and Uttarakhand regions, which are both in northern India, have received hemp cultivation licences.

The Indian cannabis market has gathered significant attention recently, with various activists/NGOs filing court petitions demanding legalisation of cannabis. They argue that the medicinal benefits of cannabis are hard to ignore, and the ideal climatic conditions for cannabis cultivation have the potential to boost the Indian economy and create millions of jobs. One of these NGOs is the Great Legalisation Movement (GLM), which is working to legalise the use of cannabis for medical and industrial purposes in India. In the summer of 2019, the Delhi High Court admitted a writ petition filed by GLM seeking decriminalisation of cannabis under the NDPS. The next date in the petition is 5 February 2020.

Madhya Pradesh, the second largest state in India, decided to legalise the cultivation of cannabis for medicinal and industrial purposes in November 2019. As one of the poorest states in the country, it is hoped that the legalisation will attract new businesses to the fore.

Comparison with other countries

The deregulation of cannabis for medical purposes has led to significant recent interest and investment in the medical cannabis market in the UK and Europe. Germany legalised cannabis for medical use in 2017, which seems to have influenced other EU member states. Portugal, Denmark, Poland and the UK have now changed their regulations concerning medical cannabis. In November 2019, two cannabis-based medicines used to treat epilepsy and multiple sclerosis were approved for use by the NHS in England.

Canada, Uruguay and eleven states in the US have legalised the production, manufacture, export, import distribution, trade and possession of cannabis exclusively for medical and scientific purposes. Luxembourg, who have already legalised cannabis for medicinal purposes, wish to relax their laws further to become the first European country to legalise cannabis production and consumption.

Cannabis laws in India are outdated and require long-awaited reconsideration. Although legalisation is still some way off, the rising number of cannabis and hemp start-up companies, and the growing popular support for the plant’s legalisation, is encouraging. Considering the medical and economic reasons in favour of legalising cannabis, it may not be long before the Indian government unlock the full potential that legalisation would bring.

Shantanu Sinha is a partner with over a decade’s experience in corporate finance. Rohit Fogla is a dual-qualified solicitor who has been admitted as an advocate to the High Court in India and as a solicitor in England and Wales.