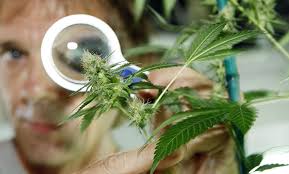 The Indian government will allow cannabis research for the first time, with the narcotics department sanctioning a research and development project to examine substances found in the plant.

The Vedas speak about cannabis as a sacred plant, but it was banned due to drug abuse. Apart from prohibiting cultivation, sale and possession of the drug, India had also decided not to tap into its potential medical benefits.

Now, the narcotics department within the Union finance ministry has sanctioned a research and development project on compounds such as cannabidiol (CBD) and tetrahydrocannabinol (THC) found in cannabis, commonly known as ganja. While the former is used in gels, oils and has medicinal use, the latter is responsible for the psychoactive effect.

Also Read: How an Ancient Chinese Text Fought Malaria and Won a Nobel, While India Lags Behind

Earlier this year, the World Health Organisation proposed recategorising cannabis in international law due to growing evidence supporting its medical use. A number of countries have also moved to legalise the sale of the drug for medicinal purposes.

The narcotics department’s sanction means that cannabis will be grown in a monitored way, at the Central Institute of Medicinal and Aromatic Plants (CIMAP) in Uttar Pradesh and Uttarakhand.

India doesn’t allow the cultivation of cannabis. Cannabis, coca and opium are prohibited for any general cultivation, consumption or possession under the Narcotic Drugs and Psychotropic Substances Act, 1985. The Act allows cannabis to be used only for medical and scientific purposes.

According to a note released by the government, the plan is for the Council of Scientific and Industrial Research (CSIR) and CIMAP to work on the “genetic improvement of identification and selection of THC, CBD and cannabinioderpene.”

This note has been sent to all state governments as well as the director of narcotics control in the finance ministry.

High levels of THC is responsible for the psychoactive nature of cannabis. Cannabis with low THC content can be used for industrial and horticulture purpose. It can also be used for biomass and production of cannabis seed oil. CBD extracts can be used in oils and food supplements and also has medicinal use.

Last year too, there was talk about medical cannabis being approved in India. When used correctly, it can help to manage pain, cancer, epilepsy and sickle cell anaemia.

The Indian Institute of Integrative Medicine (IIIM) in Jammu is reportedly working alongside CSIR on this research. The institute plans to conduct clinical trials along with the Tata Memorial Centre (TMC) in Mumbai, the All India Institute of Medical Sciences and a Raipur-based hospital. Some animal trials were conducted previously, and the institute said last year it hoped to get regulatory approval for human trials.

At a recent event organised in partnership with India’s AYUSH ministry, some AYUSH experts pitched for the legal use of medical cannabis, especially in pain management.

Currently, some Indian companies have been using hemp, also made from cannabis but without its drug properties, to make textiles and accessories.

Why cannabis shouldn’t be legalised in India