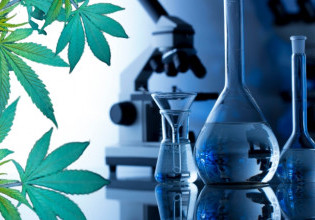 Abstract / Synopsis:
Extraction—this term can mean different things to different people. It can refer to huge holes dug in the earth to extract minerals (mining) or pulling a tooth at the dentist. Solvent extractions are familiar to scientists and nonscientists alike; the process of making coffee or tea is a solvent extract and you drink the “raw extract” without further refinement or cleanup. Solvent extractions are the type used in the cannabis industry and the term extract is used as a noun for a wide variety of products in the cannabis industry. This column series on extraction begins with an overview of the terminology and attempts to clarify some misconceptions. We also cover more specific types of extraction methodologies and the physical parameters that make them similar or different from one another. Finally, we discuss the trend towards ultra-refinement after the extraction process to focus on isolation of specific compounds and the impact that has on medical and recreational use formulations.

In the cannabis industry, the term extraction usually refers to solvent-based extractions unless the product was made using a physical process such as “kiefing” (removing the trichomes) or rosin-pressing. Examples of this latter type of physical extraction of oils can be seen in other industries, for example, when making olive oil or other seed oils—extreme pressure bursts plant cells and releases the raw oil. Rosin can be pressed from high-quality flower material in a similar way partly because the cannabinoids and terpenes are highly concentrated within the trichomes and are not more evenly distributed throughout the plant itself. When making cannabis rosin, heat is also utilized to help liquify and aid the cannabinoids and terpene mixtures to release from the plant cells. Rosin is the only true solventless cannabis extract. Kief and hash are scientifically not considered extracts because they are only physical separations of the trichomes, which are kept mostly intact. Kief and hash are, however, considered concentrates because the active components are more concentrated than they are in the original plant material.

It is also a common misunderstanding that bubble hash or ice water hash uses water as the solvent. While water is certainly a good solvent in many situations, in this case water is not the solvent because it’s not dissolving the compounds of interest. It’s simply used to help keep the temperature cold and provide a way to agitate the trichomes off the flowers more gently so they can then be more easily filtered out and dried.

Many different solvents can be utilized to extract cannabinoids and terpenes from cannabis plant material. However, for human consumption and high-throughput processing, only a small handful are currently being used at large scale in the cannabis industry: carbon dioxide (CO2), butane or propane, and ethanol.

For cannabinoid extractions, the gas-phase carbon dioxide that we’re often familiar with is not used, nor is it the solid “dry ice” form—it’s the supercritical phase, which means the CO2 looks like a clear liquid and can be pumped and moved in similar ways. The difference is that the supercritical phase occurs at higher temperature and pressure combinations, which changes the polarity of the molecules to be more specific for dissolving cannabinoids. Subcritical CO2 (liquid phase CO2) can also be used for terpene extraction, but that requires somewhat more technical skills for the operator and an extraction vessel with tunable parameters. Separate fractions can also be collected at different pressures that are enriched in certain cannabinoids. For instance, a high tetrahydrocannabinolic acid (THCA) raw extract can be collected that will have different viscosity, boiling, and melting points than if you adjust the collection vessel pressures to different settings that can collect lower-molecular weight mixtures. Adjusting the pressures all the way down to the subcritical or liquid phase will preferentially extract the smaller terpene molecules. While creating a super-critical phase changes the polarity to prefer cannabinoid solubility, extended extraction times and relatively warmer temperatures dissolve many other compounds in the plant that processors often need to remove in subsequent steps. However, the molecular tunability and safety—it’s both nonflammable and generally nontoxic at low levels—and the ease of removing the solvent (reduce the pressure, it drops all the raw extract in your vessel as it transitions towards the liquid and gas phase) is very desirable for safe end products. It can also be recycled, which reduces costs.