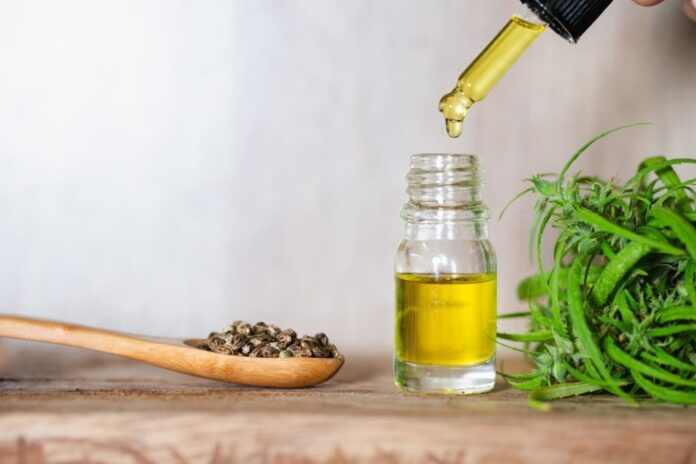 New Delhi. Ever since reports emerged that actress Rhea Chakraborty administered drugs, especially cannabidiol (CBD) oil, to her late boyfriend and actor Sushant Singh Rajput without his knowledge and consent, people have been wondering if CBD oil is legal in India and if not, then how is it being sold online. Below are the answers to these queries:

Is CBD oil legal in India?

India, under Single Convention on Narcotic Drugs (SCND), an international treaty, to which it is a signatory, and under the Narcotic Drugs and Psychotropic Substance (NDPS) Act, has banned recreational use of cannabis and its products. It must be noted that both the instruments define ‘cannabis’ as the flowering or fruiting tops of the cannabis plant also known as cannabis sativa or marijuana; leaves and seeds of the plant have been excluded from their purview, keeping in mind the plant’s medicinal uses and India’s social and religious customs (consumption of bhaang).

CBD oil is a compound which is extracted from the leaves of the cannabis plant. So, just like consumption of bhaang is not prohibited under any law in India, the use of CBD oil is also not prohibited. Licensed sale of cannabinoids, including CBD oil and tincture, is permitted in India under the NDPS Act, the Drugs and Cosmetics Act.

Also, it should be noted that cannabidiol is not listed under any of the schedules of the 1961, 1971 or 1988 United Nations International Drug Control Conventions.

What is CBD oil used for?

What is the difference between CBD and other drugs containing THC?

Drugs used for recreational use have a high quantity of THC (Tetrahydrocannabinol), a compound that makes a person ‘high’. CBD compounds contain less than 0.3 per cent THC; therefore, a person does not get ‘high’ when he/she consumes them. Also, CBD only stimulates our body cells to generate health response, unlike recreational drugs that directly bind with specific receptors located on body cells to generate their effects. Presently, there are no case reports of dependence or abuse relating to the use of pure CBD, according to a World Health Organisation report.

Legalising cannabis could be one solution to India’s agrarian distress