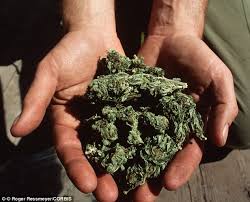 Considering that countries around the world are decriminalising the use of marijuana, especially for medical purposes, and even legalising it for personal blazing sessions, many feel it’s high time India decriminalises the “drug” as well. Now, a new petition filed in the Delhi High Court is challenging the prohibition and criminalisation of cannabis in the country.

Filed by Bengaluru-based cannabis advocacy group The Great Legalisation Movement (GLM), a group that actively advocates the medical use of marijuana, the petition is contending the provisions of the Narcotic Drugs and Psychotropic Substances Act, 1985 (NDPS) and Narcotic Drugs and Psychotropic Substances Rules, 1985, which prohibit and criminalise the use of cannabis and even industrial hemp, and restrict all activities related to it.

Advocates Avinash K Sharma and Ashutosh Nagar are at the forefront of filing this petition, while the petitioner is being represented by Senior Advocate Arvind Datar and advocate J Sai Deepak. The organisation has outlined that the objective is not to completely de-regulate the use of the drug but to change the absolute ban into one with “reasonable restrictions”. What it basically wants is to change the perception of cannabis as being a ‘hard drug’ and not lump it in the same category as cocaine or heroin.

It highlights the many medical benefits of marijuana, quoting scientific research papers that say, “…medicinal use of Cannabis can help to reduce the acute health crisis, which the country is currently facing.. (It) is useful in prevention of Cancer and brings relief to the patients who are affected with HIV. The level of relief, which this plant can bring, would become evident from the fact that on an average eight lakh people die from cancer every year. Further, about 82,000 cases of HIV infection are reported every year” according to legal website Bar & Bench. It also points out how cannabis can numb chronic pain and help people suffering from Parkinson’s disease.

The petitioners also want to take the industrial hemp industry to a higher level and argue that its cultivation is commercially viable and can be used to make all kinds of products—from furniture to fabrics. It also points out that farmers can greatly benefit from growing some ganja, given how bad their economic conditions currently are.

It also remarked how “unfathomable” it was that the government is willing to turn a blind eye to bhang shops in the country when both bhang and cannabis come from the same plant.