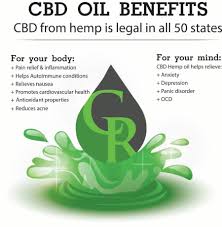 As more and more U.S. states legalize marijuana, a product known as CBD oil has surged in popularity among consumers. CBD refers to cannabidiol, a non-intoxicating extract from cannabis that does not have the psychoactive properties of tetrahydrocannabinol (THC). Unlike THC, CBD does not get people “high.”

CBD oil contains CBD mixed with an inert carrier oil, such as coconut oil or hemp seed oil. The bottled oil, called a tincture, is sold in various concentrations. There are also CBD capsules, CBD gummies, and under-the-tongue CBD sprays. Depending on where you live, some brands contain trace amounts of THC.

CBD oil is believed by some to treat pain, reduce anxiety, and stimulate appetite in the same way that marijuana does. CBD has also shown promise in treating certain types of seizures.

In 2018, the U.S. Food and Drug Administration (FDA) approved Epidiolex, a CBD oral solution used for the treatment of certain rare forms of epilepsy in children under two.1﻿

CBD’s exact mechanism of action is unclear. Unlike THC, CBD has a relatively low affinity for cannabinoid receptors in the brain. These are the molecules to which THC binds to elicit its psychoactive effects.

Instead, CBD is thought to influence other receptors, including opioid receptors that regulate pain and glycine receptors involved in the regulation of the “feel-good” hormone serotonin.

Proponents claim that CBD oil can treat a wide variety of health problems, including:

Some of these claims are better supported by research than others. Despite its growing popularity, CBD oil remains sorely under-researched. Here is just some of what the current evidence says:

CBD shows promise in the treatment of anxiety disorders, suggests a 2015 review of studies in the journal Neurotherapeutics. According to the investigators, CBD demonstrated potent anxiolytic (anxiety-relieving) effects in animal research, albeit with counterintuitive results.

Part of this response could be explained by the way that CBD acts in the brain. In many cases, CBD works as an agonist, meaning that it triggers an opposite response when binding to a receptor. It is possible that low doses can elicit a positive agonist response, while high doses “overwhelm” the brain and trigger a compensatory effect to “fight” CBD’s effects.

Among the few human trials evaluating CBD’s anxiolytic effects was one published in the Brazilian Journal of Psychiatry in 2019. For this study, 57 men were given either CBD oil or a placebo before a public-speaking event. Anxiety was evaluated using physiological measures (such as blood pressure, heart rate, etc.) and a relatively reliable test for mood states known as the Visual Analog Mood Scale (VAMS).

According to the investigators, men provided 300 mg of CBD exhibited less anxiety than those given a placebo. Interestingly, those provided 100 mg or 600 mg of CBD oil did not.

CBD oil may offer benefit those with drug addiction, suggests a 2015 review of studies published in Substance Abuse.

In an analysis of 14 published studies (nine involving animals and five involving humans), scientists with the University of Montreal concluded that CBD “showed promise” in treating people with opioid, cocaine, or psychostimulant addiction.

However, the effect of CBD on each addiction type was often very different. With opioid addiction, for example, CBD showed little effect in minimizing withdrawal symptoms in the absence of THC. By contrast, CBD on its own appeared effective in minimizing drug-seeking behaviors in users of cocaine, methamphetamine, and other psychostimulant drugs.

There have also been suggestions that CBD may aid in the treatment of cannabis and nicotine addiction. Further research is needed.

Medical marijuana is frequently prescribed to people with intractable pain, including those with terminal cancer. There is some evidence that CBD contributes to this effect.

According to a 2012 study in the Journal of Experimental Medicine, rats injected with inflammatory chemicals in their hindfeet experienced less inflammation and neuropathic pain when treated with an oral dose and spinal injection of CBD.

Scientists believe that CNB reduces nerve pain by binding to glycine receptors in the brain that regulate the speed in which nerve signals pass between nerve cells.

Human studies evaluating the use of CBD in treating chronic pain are lacking. Those that do exist almost invariably include THC, making it difficult to isolate CBD’s distinct effects.

For this study, nine healthy men took either 600 milligrams (mg) of CBD or 600 mg of a placebo. According to the researcher, those treated with CBD had lower blood pressure before and after exposure to stressful stimuli (including exercise or extreme cold).

In addition, the stroke volume (the amount of blood remaining in the heart after a heartbeat) was significantly reduced, meaning that the heart was pumping more efficiently.

The findings suggest that CBD oil may be a suitable complementary therapy for people whose hypertension is complicated by stress and anxiety.

However, there is no evidence that CBD oil can treat hypertension on its own or prevent hypertension in people at risk. While stress is known to complicate high blood pressure, it cannot cause hypertension.

In June 2018, the FDA approved Epidiolex for the treatment of seizures associated with Dravet syndrome and Lennox-Gastaut syndrome in children two and under. Both are exceptionally rare genetic disorders causing lifelong catastrophic seizures that begin during the first year of life.

Outside of these two disorders, CBD’s effectiveness in treating seizures is uncertain. Even with Epidiolex, it is uncertain whether the anti-seizure effects can be attributed to CBD or some other factor.2﻿

In fact, there is some evidence that CBD interacts with seizure medications, such as Onfi (clobazam), and “boosts” their concentration in the blood. This would not only make the drugs more effective but extend their half-lives as well. Further research is needed.How Epilepsy Is Treated

Clinical research has shown that CBD oil can trigger side effects – the severity and type of which can vary from one person to the next.3﻿ Common symptoms include:

CBD oil may also increase liver enzymes (a marker of liver inflammation). People with liver disease should use CBD oil with caution, ideally under the care of a doctor who can regularly check blood liver enzyme levels.

CBD oil should be avoided during pregnancy and breastfeeding. A 2018 study from the American Academy of Pediatrics warned women to avoid marijuana during pregnancy due to the potential risks to a baby’s development. Although it is unclear how CBD contributes, CBD is known to able to pass through the placental barrier.

If you are thinking about using CBD oil to treat a health condition, be sure to speak with your healthcare provider to ensure that it is the right option for you.

Be advised that some CBD oils contain trace amounts of THC. As such, you should avoid driving or using heavy machinery when taking CBD oil, particularly when first starting treatment or using a new brand.

CBD oil can interact with certain medications, including some used to treat epilepsy. CBD inhibits an enzyme called cytochrome P450 (CYP450) which certain drugs use for metabolization. By interfering with CYP450, CBD may either increase the toxicity or decrease the effectiveness of these drugs.

The potential drug-drug interactions include:

Many of these interactions are mild and require no adjustment to treatment. Others may require a drug substitution or the separation of doses by several hours.

To avoid interactions, advise your doctor about any drugs you are taking, whether they be prescription, over-the-counter, herbal, or recreational.

There are no guidelines for the appropriate use of CBD oil. CBD oil, also referred to as CBD tincture, is usually delivered sublingually (under the tongue). Most are sold in 30-milliliter (mL) bottles with a dropper cap.

There is no “correct” dose of CBD oil. Depending on who you speak to, the daily dose can range anywhere from 5 mg and 25 mg per day.

The tricky part, of course, is calculating the exact amount of CBD per milliliter of oil. After all, some tinctures have concentrations of 1,500 mg per 30 mL, while others will have 3,000 mg per mL (or more).

How to Calculate the CBD Dose

To use CBD oil, place one or more drops under the tongue and let it sit there for 30 to 60 seconds without swallowing. Capsules and gummies are easier to dose, although they tend to be more costly. CBD sublingual sprays are used mainly for convenience.

What to Look For

Aficionados of CBD oil will tell you to buy full-spectrum oils over CBD isolates. Unlike isolates, which contain CBD only, full-spectrum oils contain a variety of compounds found naturally in the cannabis plant, including proteins, flavonoids, terpenes, and chlorophyll. Alternative practitioners believe these compounds offer health benefits, although there is no clear evidence of this.

Remember, because CBD oils are largely unregulated, there is no guarantee that a product is either safe or effective.

According to a 2017 study in the Journal of the American Medical Association, only 30.95% of CBD products sold online were correctly labeled. Most contained less CBD than advertised, while 21.43% had significant amounts of THC.

Here are a few tips to help you find the best CBD oil:

Are CBD Oil and Hemp Oil the Same?

Not necessarily. Although some people use the terms “CBD oil” and “hemp oil” synonymously, they may also be referring to hemp seed oil which is primarily used for cooking, food production, and skincare products.

Why business is booming for cannabis extraction companies, despite the supply shortages