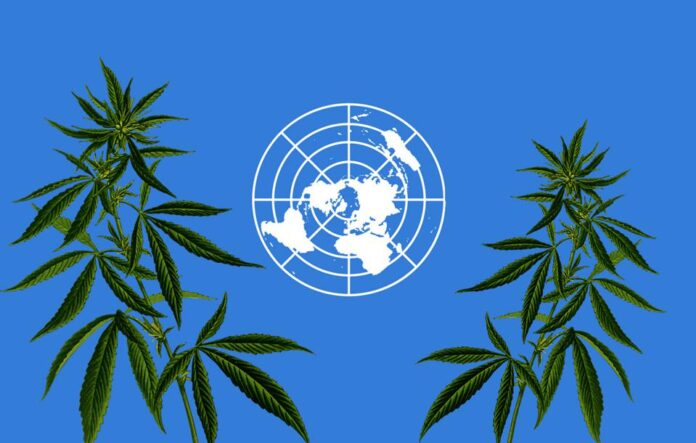 NEW DELHI: The United Nations Commission on Narcotics Drug (CND) has moved to remove cannabis from the list of most dangerous drugs. With a historic vote on Wednesday of 27 in favour, 25 against, and one abstention, “the CND has opened the door to recognising the medicinal and therapeutic potential of the commonly-used but still largely illegal recreational drug”. Cannabis had been subject to the strictest control schedules for 59 years due to which its use for medical purposes was also discouraged. According to reports, India, along with 27 of the CND’s 53 member states, voted “Yes” on the motion to delete cannabis and cannabis resin from Schedule IV of the 1961 convention.

In January 2019, the World Health Organisation (WHO) made six recommendations related to the scheduling of cannabis in UN Treaties, including the deletion of cannabis and cannabis resin from Schedule IV of the Convention on Narcotic Drugs, 1961. While the proposals were originally set to be voted on during the CND’s March 2019 session, many countries had requested more time to study the endorsements and define their positions, according to news reports, UN said. The WHO had clarified that cannabidiol (CBD)–a non-intoxicating compound–is not subject to international controls. CBD has taken on a prominent role in wellness therapies in recent years and sparked a billion-dollar industry.

Cannabis is a drug that comes from the cannabis Sativa (hemp plant) and the whole plant or its extract can be used to control or relieve medical or mental health conditions. Hemp, or industrial hemp, is a variety of the Cannabis sativa plant species that is grown specifically for industrial use. It is cultivated in more than 30 countries around the world on an industrial scale.

Currently, more than 50 countries have adopted medicinal cannabis programmes, while Canada, Uruguay, and 15 US states have legalized its recreational use, with Mexico and Luxembourg close to becoming the third and fourth countries to do so. The United States which voted «Yes», claimed that its vote was in line with scientific evidence that “safe and effective cannabis-derived therapeutic has been developed.”

Sharv Hemp Indus Ventures Private Limited, the first women-owned start-up on Hemp, aims to bring visibility to Industrial Hemp at the national level. Vijay Lakshmi Awasthi, 71, of Jabalpur (Madhya Pradesh), Neeti Mishra, 45, from Mau (Uttar Pradesh) and, Shruti Singhania, 33, from Raipur (Chhattisgarh) came together and established the company this year. They obtained a licence to cultivate industrial hemp on 5 acres of land in Pauri Garhwal district of Uttarakhand.

Sachin Awasthi, Managing Director, Sharv Hemp Indus Ventures, told The Sunday Guardian: “This move by the United Nations was extremely necessary. This plant provides relief from countless diseases. In Sushruta Sahita, this plant is considered as the king. For the last four years, the Uttarakhand government is providing licences and so far, 12-15 people have got the licence in the state. Even though our start-up is registered there are a lot of issues as we haven’t received our GST code, we haven’t got FSSI specification and we still struggling to get the code for import and export. This is my mother Vijay Laxmi Awasthi’s start-up. She had Arthritis, and we gave her some bhang medicines, and looking at the result she decided to start this company. We have been recognized by the government too. She has become a source of motivation for so many people.”

Awasthi also said that the products from Hemp are excellent and indigenous and it’s a huge profit-making sector.

“This plant can be cultivated thrice a year. So a farmer can earn up to 15 lakhs per year for one-acre land. No other cultivation can give this much profit. This is the only plant in this world that can give roti, kapda, makaan and medicines. Biodegradable plastics can also be formed with this plant. This plant is beneficial not just for us, but also for the environment. I request all the Chief Ministers to create some policies for Bhang business and this will definitely help in achieving economic goals. Prime Minister Modi is emphasising on local for vocal. Bhang should be transferred under the jurisdiction of states and this will give a boost to the industry,” the Managing Director said.

Awasthi also said that there is a need to clear the misconceptions around the plant and people need to understand why it is consumed.

Rohit Shah, founder, Hemp Horizons, a cannabis start-up, told The Sunday Guardian: “Back in the sixties and seventies, Cannabis was criminalised and it was added in the category 4 list of drugs. Now, it’s been unscheduled and both cannabis and cannabis rasins are in category I which means they have recognized the medicinal as well as the therapeutic benefits of the plant. The stigma is because of the high. The THC (Tetrahydrocannabinol) compound which the plant has, has become a marketing gimmick due to which people only focus on the recreational benefits rather than medicinal benefits.”

Though Hemp and Marijuana are different plants, Hemp cultivation was banned. “There are different types of cannabis plants. Hemp is basically industrial Hemp which means it grown for fibre which can be further used in textile or home goods. Hemp can also be grown for its figs which have high nutritional benefits like Omega-3, Omega-6 and amino acids and helps in diabetes, arthritis etc. Then comes flowers and leaves. In our country, we are not allowed to use flowers. We are allowed to use leaves. Ayurveda has forever recognised the medicinal benefits of this plant. Under Ayurveda, there are over 1,500 formulations that can be used as medicinal products and there are over 25,000 products that can be made. When we talk about Cannabis, it has a higher amount of THC and CBD. THC is the high giving compound and CBD is the medicinal compound. CBD helps in insomnia, pain management, treating life-threatening diseases like epilepsy, among others,” Shah said. His start-up is a one-of-a-kind facility and it is Ayurveda-licenced, GMP and ISO-certified, and USFDA-approved.

The founder told The Sunday Guardian that despite the plant’s flowers having a high amount of medicinal compounds, it is not allowed to be used in the country. This is due to the belief that it will be used for “getting high”.

“It also helps in the PTSD of war veterans. CBD compound also helps in treating children with Dravet syndrome. It also helps in fighting cancer as the cannabinoids reduce the number of cancerous cells in the body. There are tonnes of credible research that have shown promising results even in autism treatment or in regulating seizures. There is a lot of stigma attached and it will be gone only when people start talking about it. The Criminal Reforms Committee of India recently released a public review of comments wherein we are also putting our comments to the Narcotics Bureau to somehow decriminalise cannabis. There is still a lot of information gap among people regarding this,” the Hemp Horizons founder said.

“Till last year, there were only eight registered active start-ups of cannabis or hemps in India. Today, we have over 60 active start-ups working and selling the products. The industry and the country are evolving. In the past six months, we have seen the rise in awareness among people. The government is also taking steps. Commercial cultivation was allowed in Uttarakhand in 2018; UP has allowed cannabis cultivation for research and medical uses, Odisha and MP are in talks and we are anticipating they will also come out with some policy. Manipur is also working on it. The industry is moving in the right direction. Once it becomes mainstream, a lot of acceptance will start happening,” he added.

Cannabis is not just a painkiller but it cured my pain: Sarah Bryant

Why cannabis shouldn’t be legalised in India