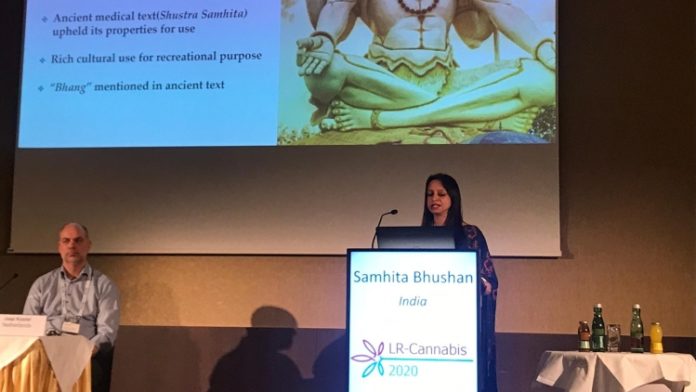 Ujjain: Cannabis has been approved in many countries of the world. Medicines for many diseases are being made with it. Using it as a drug and not as an intoxicant is needed in India now.

Major Dr Samahita Bhushan of Ujjain expressed these views in a lecture on cannabis in Vienna, Austria. Addressing at the Vienna conference, she said that cannabis drug is being used as a pain reliever for people suffering from cancer, treatment of epilepsy and many other diseases. Many world renowned companies are also using cannabis to make medicines. Cannabis is being cultivated in many countries legally so that it can be used in making more and more medicines, she said.

Dr Bhushan said that cannabis has been in use in India since ancient times but its method of use has changed over time.

Cannabis in India: is the country on the precipice of a new era of treatment?