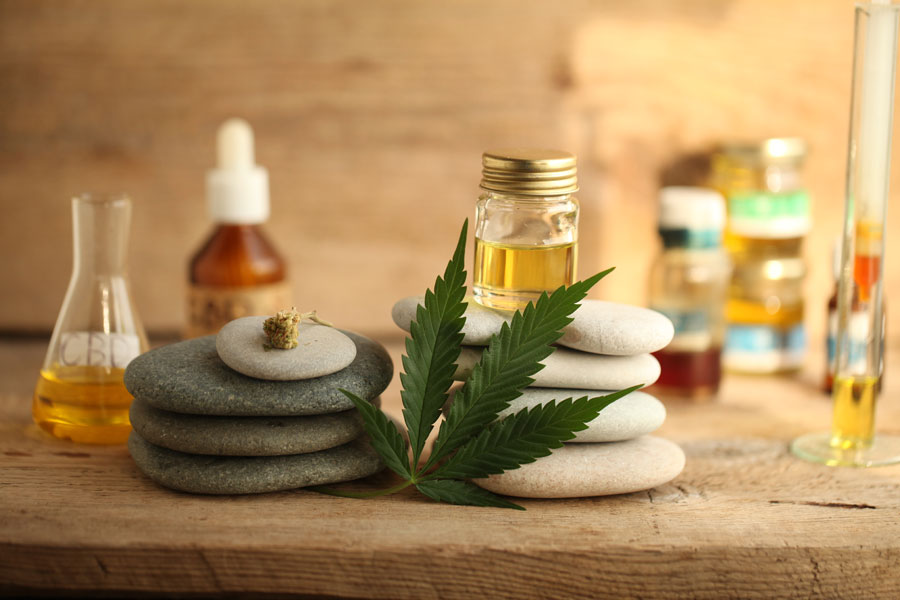 It would be an exaggeration to say that CBD is literally everywhere, but not much. Widely hailed as a miracle cure-oil, it’s been evangelically embraced by young and old, yoga bunnies and gym rats, hipsters and hippies – not to mention opportunistic marketers with a liberal attitude to scientific proof, if not false advertising.

As with any new wellness fad, a healthy dose of skepticism is recommended. But just because the evidence is predominantly anecdotal doesn’t mean it’s a complete load of old Goop either. We’re intrigued and open-minded about CBD, but we have some questions. Starting with…

Cannabidiol (can-a-bid-eye-ol) is one of more than 100 chemicals called cannabinoids found in the cannabis plant. These interact with your body’s endocannabinoid system, which regulates an array of processes from pain and mood to appetite and sleep. That at least partly explains why CBD is now cropping up everywhere: in vape pens and patches, protein shakes and cocktails, skincare, and confectionery. Typically though it’s consumed as an oil or a crystal.

Is there any, you know, evidence for this panacea’s myriad applications?

Yes, but it’s by no means comprehensive or conclusive. “CBD has mainly been studied for epilepsy, anti-psychosis, and discrete, serious stuff like that,” says Patel. “For general wellness tonic-type stuff, the research is sparse.”

The most compelling evidence is for certain medication-resistant childhood epilepsy syndromes; the US Food and Drug Administration recently approved the use of a drug containing CBD called Epidiolex. But that’s treating specific syndromes that only constitute 5 percent of epilepsy cases in the US; for alleviating other types of epilepsy, CBD has been shown to be no more effective than a placebo. That’s not to say it doesn’t work on other types – just that there’s no evidence at present to definitively say it does either.

What proof is there that CBD can improve other conditions?

A study demonstrated that CBD applied topically could reduce pain and inflammation from arthritis, but that was conducted on rats. “More study in humans is needed in this area,” is the verdict from Harvard Med School. Studies (on humans) are underway into CBD’s possible applications for alcohol abuse, drug cravings, and PTSD that will hopefully prove more conclusive.

Where proof does exist, it’s sometimes for cannabis as a whole, not CBD in isolation. “For example, there’s uncertainty as to whether CBD alone is useful for epilepsy compared to CBD-rich cannabis extracts,” says Patel. Sativex, a lab-produced 50-50 blend of CBD and THC, is approved in the UK for treating multiple sclerosis, but the National Institute for Health and Care Excellence, which advises NHS doctors, gave it “do not recommend” status, ruling it cost-ineffective.

Why then is seemingly everyone taking CBD?

In the hope that it will improve the conditions listed previously, mainly anxiety. In one study, subjects who dropped CBD before public speaking reported less anxiety than those who popped a placebo. (They didn’t know what they’d taken.) Again though, the evidence, while promising, is very much preliminary.

“Anxiety-related research on CBD is typically either just some neuroimaging or a one-day measurement, rather than a multi-week clinical trial,” says Patel. “But given the relatively low side-effect profile, CBD is appealing to consumers, so companies will line up to sell it.”

Side effects of CBD, you say? Should we worry?

Less publicised and desirable consequences of taking CBD can include fatigue, irritability, nausea (ironically, given that it’s marketed as a treatment) and, er, diarrhea. CBD can also raise the level of other medications in your system, including blood thinners. You should consult your doctor before taking it at the same time as anything else, or indeed at all. 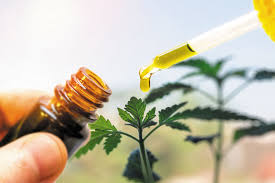 Nobody listens to experts anymore. How much CBD should we take?

Good question: there are no guidelines on an effective therapeutic dose of CBD for any given condition. And it’s further complicated by the fact that the contents of CBD products can differ dramatically from what’s on the label. “This is a fairly big problem,” says Patel. A study of CBD products sold online in the US found that over half were underdosed or overdosed – mostly under, which is less of a problem than over, but still.

Some also contained THC, unbeknownst to the purchaser. “Which is pretty bad,” adds Patel. In the UK, you can be fairly certain that products sold in the likes of Holland & Barrett adhere to EU regulations (for now at least). On the Wild West of the World Wide Web, less so. The NHS says of cannabis products bought online, “It’s likely most of these products – even those called ‘CBD oils’ – will be illegal to possess or supply.”

So what’s the bottom line on CBD: good, bad, or gimmick?

“Good: you don’t easily build a tolerance to CBD like you do to THC; it has potential for anxiety reduction,” concludes Patel. “Bad: we don’t know who specifically it would work for – for example, its [anxiety-reducing] properties could be in a subset of people, or change over time. Potential bad: people gravitate towards Band-Aids and don’t address core issues in their life or medical history – this just glosses over them.”

Why business is booming for cannabis extraction companies, despite the supply shortages

20 Health benefits of cannabis that everyone should know