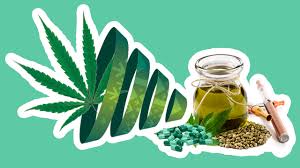 In the most recent round of cannabis earnings, a little-known company called MediPharm Labs Corp. posted revenue of $10.2 million for the quarter ending Dec. 31, 2018, a figure that placed it comfortably amongst the Top 10 for Canadian cannabis companies.

For a company that does not grow cannabis, MediPharm’s financial performance caught the attention of investors: Within days, its stock soared 30 per cent, and has since maintained that upward trajectory.

Instead of growing, Barrie, Ont.-based MediPharm is one of just a handful in Canada involved primarily in the business of extracting oils from the marijuana plant and turning them into products like gel capsules, or the high-potency concentrates that are expected to become legal later this year.

Although some of the biggest licensed producers such as Canopy Growth Corp., Tilray Inc. and Aurora Cannabis Inc. are either constructing or have constructed their own extraction facilities, industry observers predict that infrastructure simply won’t suffice to meet future demand for cannabis in oil-form.

As such, they predict, companies focusing solely on cannabis extraction will start comprising an increasingly important subsection of the overall industry.

“Cannabis extraction is a huge growth opportunity in Canada. The reason I say that, is because if you look to the U.S., it was not uncommon to see 75 per cent of the market consuming cannabis flower years ago but as product offerings became more differentiated, we saw the market for flower drop to around 40 per cent, and the market for oils surge to over 60 per cent,” said Beau Whitney, a senior economist at the cannabis research firm New Frontier Data who was previously involved in the cannabis extraction business.

Olivier Dufourmantelle, the chief operating officer of Canopy Rivers Corp. — the venture capital arm of Canopy Growth — believes that as the cannabis industry matures over time, it will become increasingly fragmented, with specialists handling each part of the supply chain like any other industry.

“Cannabis extraction companies are analogous to corn syrup extractors, for example. They don’t grow corn, but they buy it, extract the syrup and then sell it to a bottling company like Coke,” said Dufourmantelle.

Indeed, MediPharm has over 20 supply, purchase or sales agreements with a number of licensed producers — they function as the middle-man of sorts in the cannabis supply chain, purchasing dried cannabis, extracting the oil-like substance containing THC or CBD from the plant, and selling it back to the same producers, or to other producers that have requested cannabis extract.

Cannabis extraction is a huge growth opportunity in CanadaBeau Whitney

In late March, the company became the first in the country to receive a Health Canada licence exclusively for cannabis oil production which allows it to focus on extracting cannabis concentrates.

“We have reduced the scale-up risk by dealing with many major players because we know it has been difficult for some to scale up, so if we don’t get flower on time from one, we have others to go to,” explained MediPharm chief executive Pat McCutcheon.

“The extraction industry is poised to experience rapid growth with the arrival of vape pens, beverages and edibles this fall. Value-added products derived from cannabis extracts could represent 50 per cent of the cannabis industry sales in Canada over time,” Landry wrote in a note.

Unlike extractors focused solely on cannabis however, Neptune has a fallback — in the event demand for cannabis derivatives do not match up to forecasts and the bullish sentiment towards cannabis extractors subsides, the company is in the wellness business and owns a patent for the wildly successful Omega-3 Krill Oil supplement.

“We have never been cultivators and we do not intend to. But we do know the wellness business well, and to us, cannabis is a global consumer products phenomenon that does not happen so often. We thought, we got to get in there,” said Neptune’s chief executive Jim Hamilton, whose company was founded in 1998 but only entered the cannabis space three years ago.

Neptune says it has the capacity to extract 6,000 metric tons of cannabis in a year and has multi-year supply agreements with Canopy Growth, the first licensed producer to introduce extract-based CBD-heavy cannabis softgels to the adult-use market. But the company only received its license to process cannabis from Health Canada in early January, and as such, has yet to see revenue from its cannabis business.

At least on paper, Valens Groworks has a smaller processing capacity than Neptune — 240,000 kilograms a year, according to a recent press release from the company. But the company’s president of strategy and investments, Everett Knight says that efficiency in extraction is Valens’ core focus.

“First of all, we have five different kinds of extraction methods at our facility. Most people are only using CO2 as a solvent for extraction. Second of all, we’re extracting at a 90 per cent rate, which means that 90 per cent of the component we want in cannabis, THC or CBD, is being extracted, so we are getting higher yields,” Knight explained.

Last November, the company received a Health Canada licence to sell its extracted product to other licenced producers. The company has agreements with Tilray, Organigram Inc., Canopy Growth and The Green Organic Dutchman but in 2018, its revenues came only from consulting agreements and not from actual sales of cannabis extracts.

For the 2018 fiscal year ending November 30, Valens posted a loss of $15.9 million, which Knight attributes to capacity expansion: “We’re trying to expand to make sure we can make the most for our customers because what we see going into 2020 and 2021 is there are simply not enough extractors to meet the demand out there.”

New Frontier Data’s Whitney believes that companies that either do not align themselves with an extractor or have the financial capacity to vertically integrate and do the extraction themselves are at risk.

“There’s millions upon millions of (square feet of) licensed capacity to grow coming online. Prices for flower are going to decrease markedly so you need to be considering this commoditization of prices and how to diversify your business,” Whitney said.

But Dufourmantelle takes a slightly less bullish stance on the companies that currently exist in the extracting space, saying that while Canopy Rivers’ is looking to invest in extractors, it just hasn’t found the right firm.

The fact that MediPharm appears to be leading the extraction pack by miles is a point of caution for him. “I would warn investors on getting too excited about their earnings. They have the benefit of being in Ontario, and the bulk of cultivators are in Ontario. So they are in the unique position right now of being the sole provider of extraction services, and hence they have price leverage,” Dufourmantelle said.

“The question that remains to be seen is whether they can continue to sustain those numbers over time.”

What do you know about investing in the cannabis industry?