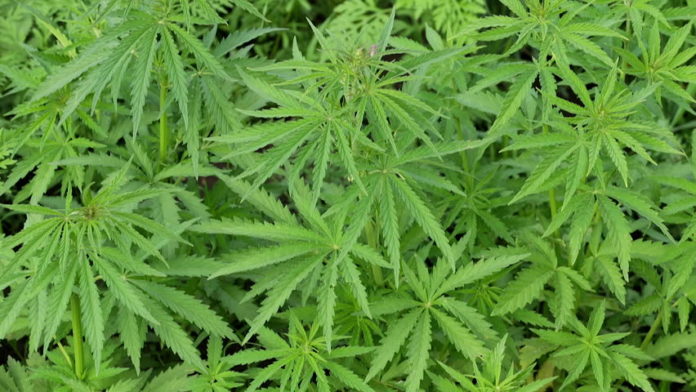 The earliest known reports regarding the use of cannabis in India come from the Atharva-Veda, written around 2000-1400 BCE. Cannabis has been consumed in different ways—smoking (ganja), chewing (bhaang), drinking (tea), etc. Its plant has been used for manufacturing clothes, shoes, ropes and paper. In ancient India, it was used for treating or alleviating symptoms of several diseases.

Marijuana and hemp are members of the cannabis family and contain chemicals with varying degrees of psychoactive properties. While marijuana induces intense psychoactive effects, hemp is low on that. Ganja, charas and hashish are known to cause hallucinogen, euphoria, temporary loss of senses and a funny behaviour. The International Classification of Diseases and the Diagnostic and Statistical Manual of Mental Disorders designate cannabis as an addictive substance, with recognised dependence disorders. Around 9% of people who try it ultimately become addicts. Its withdrawal symptoms are irritability, sleeping difficulties, dysphoria, etc. For those who try to quit, relapse rates are a high 71% at six months. The Narcotic Drugs and Psychotropic Substances Act, 1985, prohibited cultivation or production of cannabis plant by anybody, while reserving these rights with central and state governments if they wish to do so, by creating rules later. It is alleged that the NDPS was a result of an intense international pressure following the UN’s Single Convention on Narcotic Drugs, 1961.

Does it have proven medicinal benefits? One of the proposed indications of cannabis is in the control of nausea and vomiting. But studies show that there is no statistically significant benefit of cannabis derivatives over available drugs. Paradoxically, few case reports have described a condition known as cannabinoid hyperemesis (excessive vomiting) syndrome in marijuana addicts. With regards to appetite-stimulating actions of cannabis, we have more effective drugs that are easily available. Cannabis is effective in pain management, but it is weaker and less safe than opiates that are approved. A study did show beneficial effects of cannabis in a small percentage of extremely rare form of epilepsy and multiple sclerosis. However, most studies aren’t designed properly to offer any conclusive evidence. Needless to say, the studies have reported an increased risk of adverse effects when cannabis was used.

There is no good evidence that cannabis is beneficial when used in diseases such as Crohn’s disease, sleep disorder, glaucoma, etc. Similarly, there is no data to support its use in oncology practice outside of clinical experiments—cannabis derivatives are known to have immunosuppressives that can promote cancer. In summary, its medicinal benefits aren’t as strong as presented by the proponents of legalisation—safer and effective alternatives are available in the market. Some argue that cannabis has been part of Indian tradition and our ancestors used it for thousands of years. The rise in life expectancy from 32 years in 1947 to 68 years in 2018 proves we are living longer than our ancestors. The US FDA has approved cannabis as a treatment for only one disease—a very rare form of epilepsy.
n What about health consequences of cannabis use? The severity of the adverse effects of cannabis depends upon type (marijuana being the worst), duration and frequency of use.

Adults who smoke marijuana regularly show impaired neural connectivity. Marijuana users are at an increased risk of developing chronic psychotic disorders (including schizophrenia). There is an increased incidence of vehicle accidents in those who may be either short-term or long-term users of marijuana. Cannabis smoking is associated with an increased risk of bronchitis, pneumonia and respiratory distress, as also transient ischemic attacks, stroke, myocardial infarctions and cannabis arteritis. Studies have shown a positive association between marijuana smoking and cancers of the lung, and an increased risk of developing other cancers. Moreover, the interactions between cannabis and chemotherapy (or any drug) are largely unknown.

Are we depriving patients of a possible hope or cure? Cannabis derivatives play a very little role, and that too in rare medical conditions, for which alternatives exist. The pursuit of better drugs in such illnesses remains an intense area of research. There is no restriction for cultivation and procurement of cannabis for therapeutic use or experimentation. The government has been generous in giving licences for such purposes. One would argue there are bureaucratic hassles and complex paperwork required to get narcotic drugs for research and dispensing. But is cannabis legalisation a solution for ineptness of healthcare or research institutions to obtain a regulatory licence that aims to protect public health?

If risks outweigh benefits, why did the US and Canada legalise it? With an increasing number of youth (though a minority) supporting legalisation, most policymakers don’t see it a battle worth fighting, even though justified. In the US, public opinion was built on decades of misinformation, racial discrimination, police excesses, degree of punishment, incarceration in jail, craving for liberty, etc. Also, policymakers seem to be excited about another source of revenue.

Does legalisation help? Let’s evaluate long-term outcome in areas where marijuana has been legalised. Colorado legalised marijuana around five years ago. The Colorado Department of Public Health and Environment constituted an expert committee to review its harmful effects. It noted there is substantial evidence that its use may lead to cancer, cardiovascular illness, lung diseases, road accidents, impaired adolescent health, serious drug interaction and reproductive health disorders. It reported robust evidence that legalisation may increase unintentional use by children at home. It noted the foetus born to mothers who use marijuana may be seriously harmed. It is ironical the committee didn’t seem convinced and suggested future research to understand the health impact better. What is surprising that, despite this report, the Colorado government proceeded to legalise marijuana. The five-year result of this experiment was publicly available in October 2018 and showed startling facts. The number of calls to poison control mentioning human marijuana exposure increased over 10 years. Organised crime cases almost tripled in five years. Marijuana-possession-related arrests have halved but not decreased dramatically, as anticipated. Post-legalisation, new types of crimes emerged, such as illegal cultivation, sale, production. The number of vehicular fatalities with cannabinoid-only or cannabinoid-in-combination positive drivers increased by 153%. Colorado has not experienced an increase in marijuana use among young people. But the number of adults who use marijuana rose between 2014 and 2017. Marijuana accounted for 22% of all expulsions and 24% of all law enforcement referrals in Colorado public schools. It is clear from the statistics that marijuana legalisation has failed to achieve its objectives.

The International Classification of Diseases and the Diagnostic and Statistical Manual of Mental Disorders designate cannabis as an addictive substance, with recognised dependence disorders. Around 9% of people who try it ultimately become addicts. Its withdrawal symptoms are irritability, sleeping difficulties, dysphoria, etc. For those who try to quit, relapse rates are a high 71% at six months.
What happened in Uruguay after legalisation in 2013? Illicit trade continues because of increased demand (than supply), foreign tourists (legal marijuana can’t be sold to foreigners), lower cost (than the price at government dispensaries), ease of access. As anticipated, the spin-off industry failed to take off. Against the backdrop of the UN regulation (1961), for fear of international sanctions, banks refused to work with agencies linked to sale of marijuana. This affected pharmacies, growers and agencies that desire to market spin-off products such as consumer goods, medicines, cosmetics, food, etc. Medicinal use, portrayed as a major source of income, has failed to materialise. Only one-third of Uruguayan consumers are registered with pharmacies or clubs that are supposed to sell marijuana. That means a majority are still buying it illegally.

India has a history of misuse of even prescription drugs that are otherwise beneficial. Weak opiates (derivatives of opium) are one of the easily available alternatives to cannabis for medical conditions. Spasmo Proxyvon was a popular painkiller that contained opiate dextropropoxyphene. Tramadol is a common painkiller following surgery. Codeine-based cough syrups are effective for controlling severe cough, but after reports of rampant misuse, the Narcotics Control Bureau asked the Drug Controller General of India to reduce its availability despite proven effectiveness. In Indian context, when prescription drugs are grossly misused, how can we ensure disciplined used of cannabis? It is obvious that arguments of medicinal or industrial use are simply smokescreens to fool policymakers and swing public support.

Will legalisation worsen our overburdened healthcare system? India is struggling to control the three addictive substances of tobacco, alcohol and areca nut. As per the Global Adult Tobacco Survey, 270 million Indians use tobacco and it kills around 1.35 million Indians every year. Nearly 30% of India’s adult population is using alcohol, leading to 3.3 million deaths. Legalisation of cannabis is not only going to worsen these alarming statistics, but also serve as a gateway for one of these carcinogens.

The younger generation is living in an era of personal liberty, rising affluence, more prone to addiction and struggling with personal relationships. Introduction of yet another psychoactive drug will wreak havoc on a population still struggling with tobacco, alcohol and pan masala. It is unlikely to solve the drug menace in Punjab, Rajasthan and other states. Predatory marketing of cannabis companies will hit the vulnerable population most, such as youth, poor, insecure, illiterate. Once introduced, it will establish a big market that would make subsequent tighter regulations impossible. Following legalisation in the West, various newer products with marijuana are available in the market and on online portals, without proper prescription. These include marijuana chewing gums, candies, etc, which youngsters can easily take to.

Cannabis prohibition is being portrayed as paternalistic nanny-state policy by party hoppers. However, promotion of addiction and sufferings among millions is a heavy price to pay for protection of individual freedom of a handful. We cannot allow our next generation get trapped into a vortex of poor performance, indiscipline, addiction, psychosis, isolation, insecurity and bleak future.